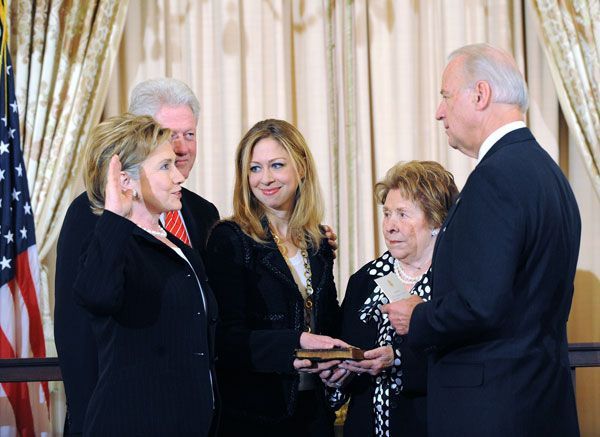 Ivanka has been grilled by CBS, criticized by the Atlantic and asked by many more outlets to defend her father. On Wednesday, CBS published an article about Chelsea calling on Ivanka to ask her father about equal pay.

Here’s an article you won’t see from the mainstream media: Chelsea Clinton being asked to defend her father’s treatment of women, including accusations against him of rape.

The closest anyone came was Comospolitan, who framed the questionto Chelsea as an attack from Donald Trump. “Donald Trump has called your dad an abuser of women, and your mom his enabler. What do you think of his attacks on your parents?”
Click here to continue reading