Minddie Lloyd Not Fit to Sit in Nevada Assembly District 9 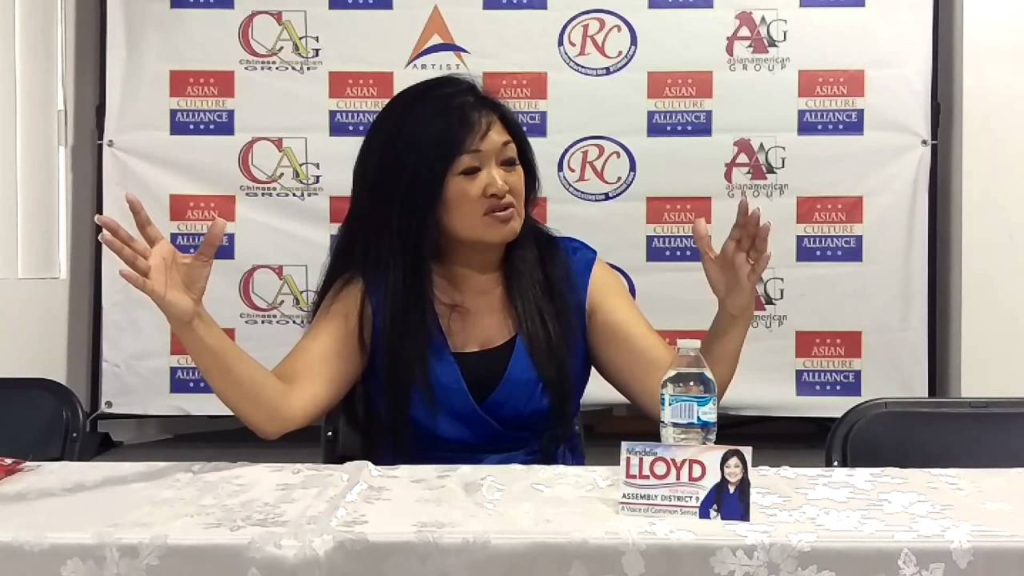 WARNING: This post includes language some readers will find offensive.

(Michael Zahara) – She may be registered as a Republican, but she’s a Liberal Democrat, if not a Progressive one too, and she’s lying to her voters again in 2016.

Best I can extrapolate from the past three months is that Minddie Lloyd is a Socialite looking for attention...again!

She pulled this same shit in 2014 and crapped out blaming to me then that her boss, Judge Bill Kephardt, didn’t want her to leave him since she was so indispensable and invaluable to him.

I bought it and believed it then; I don’t believe that was ever true now though.  With just a few days before Early Voting begins, she’s yet to hold a single fundraiser, spoke repeatedly to me about her ‘mysterious funder’ prompting an email I sent to her explaining that I would not lie for her.

It’s not uncommon to self-fund a tiny, shitty AD primary and though she falsely calls herself ‘A Common Sense Outsider’ on the very expensive 30+ A-Frames she says she’s got out there. at over $200,000 in publicly paid salary between she and her husband,‘outsider’ was the very first lie she began to tell to her voters. They are the ultimate insiders!

Just recently, she posed for pictures with Democratic Dina Titus prompting me to ask her in a text message ‘if she was deliberately trying to kill me before a single vote was cast?’

She’s trying to get out of a hyper-partisan, super-heated GOP primary in June and she posing the other day with that bitch?

Even Democrats know not to pose with the poisonous Dina Titus if they wish to be elected.  Dina Titus is 2nd only to Harry Reid engendering deep, visceral hatred within her own party…and within the GOP here, especially their rabid Tea Party Wing!  Ten years after voting for her twice in 2006, I still can’t wash the stench of her toxic, bigoted, Dixiecrat ‘Progressiveness’ off of me!

But there was Minddie Lloyd posing for Facebook the other day with the very woman who outright killed her 2016 campaign and she not thinking anyone would notice in her own party!

Oh, they noticed that and a whole lot more too!  Like her fellow FB friend advocating a vote for Minddie and Super Shit-Stain Steve Sanson the other day!

I don’t think she even told her husband Lt Erik Lloyd of Metro she had asked me to help her 2016 effort. I said I wanted to meet with them both and that never occurred.  She wouldn’t answer for me even the simplest, most innocuous questions…ever!  I brought the subject of her campaign up at Judge Baucum’s February fundraiser at Piero’s but she and Erik weren’t there for that event, but for dinner together and now I think she just wanted to be ‘seen’ there and would be very surprised if Suzan scored a donation from them dated that evening.  Of all the joints to grab a bite that night, they chose the biggest political event of the month and at that restaurant?

The first CCE reports due soon will answer a lot of questions for me from Piero’s forward.

I thought we were friends.  I have known her about a decade and especially after she founded ‘Bamboo Bridges’ to help those exploited by Sex Trafficking from Pan-Asian parts of the world and those from there who are here, I paid attention to this Mrs Lloyd of the RJC.  Bamboo Bridges doesn’t appear today to be legitimate, effective, or at all different from the day Minddie created it, it hasn’t grown one iota since 2008.

We are an international gateway for Human Sex Trafficking and she and her shell/shill organization hasn’t ever proposed strengthening the NRS, changing ‘Pandering’ to the more correct ‘Pimping’, nor has she proposed moving these viscous, predatory crimes to Class C, demanding mandatory minimums and no conservation camps, though she knows Captain Greenway and Lt Spencer who are struggling with an enormous below-the-radar Vice problem here.

Sidebar:  Thank you for your candor and your efforts Lt Spenser.  Your recent media engagement about prostitution here was light-years ahead of anything the retired former Vice Lt had ever done here and you’re coming up on the Dawg too!

It pains me to inform that the same conclusion applies to all of Minddie’s other ‘tireless’ efforts including those for our injured officers.  I detest the word ‘tireless’ and have never used it for political rhetoric because people that do use it, are politically dick-fluffing themselves.  It’s not a slippery political word, its an artery-clogging greasy word, its so poor a descriptive of anyone’s efforts done for anything.

None of her ‘tireless’ efforts are Guidestar assessed and graded.  No Annual Reports for her police officer efforts, No State of the Victim Annual Report for Bamboo Bridges.  All of this pseudo-charity work appears to be ‘Look at Me’, ‘Look How Wonderful I am‘photo-ops and posing and I’m embarrassed for her for doing this.

She’s married to a cop and drives-by that a few times on her truly awful website when our Crime Spike is #1 on voter minds this cycle! She’s received no endorsements even from Cop Unions, nor has she earned them.   She claimed to support Sheriff Lombardo in 2014, yet she tag-teamed along with Universal Jag-Off Steve Sanson for Ted Moody, claimed ignorance then, then this year, she goes on Sanson’s Shit Show gets her ass fried and fuqs that up and expected some other more favorable outcome?

This writing is so sophomoric and poor, I rewrote the entire homepage for her and she instead chose to go with the crap she currently still has up.  The verbiage is clunky, staccato, and retarded throughout. One word describes it:  Atrocious!   No one speaks like this; Minddie doesn’t speak like this.  Someone else wrote this truly awful shit and I’ll venture a guess who it is in a sec.

Oh, and whichever idiot it is who created this rhetorical political catastrophe for Minddie, also bought LloydForNevada.com…while MinddieLloyd.com has been available and still is on GoDaddy for about $12 for two years and she’s ignored countless attempts by me to buy it and redirect her SEO–Search Engine Optimization—already a political disaster–she’s steadfastly refused–claimed to me to have been burned by her Web people, but failed to contact three providers I know personally to correct this major campaign killer she OK’d as Executive Director of her own campaign effort!

The first page of Google exposed Minddie Lloyd’s many lies and deceit for 2016 GOP voters.  A Social Media Addict herself, she’s failed to do any Facebook or Google ads to push her own lies and deceit this year off of staring the GOP voters she’s conning today off of Page One of Google.

We got much closer and friendlier during Michele Fiore’s triumphant 2012 win in AD04 and she and Michele’s were tight as a drum but I guess Fiore was kicked to the curb by Minddie Lloyd after Cliven Bundy and a whirlwind FB photo super-saturation of she and Michele, Victoria Seaman, and Sue Lowden in 2014 is gone…but its somewhere; someone has archived it all.

She saw the success Michele was having with campaigning ideas I suggested to her and I reminded Minddie of this and she blew it off; she apparently wanted me to just write nice things about her!

Unfortunately for her, she caught me at a time when I lent and ear and shoulder to a Domestic Violence victim of one of our local cops I hold in very low regard who is said to be promoted soon to a level he has not earned, nor does he deserve.  I had to ask myself if Minddie might be a victim herself because ‘control’ as with Pimping, is a tell-tale sign of DV and that is very unfair to Lt Lloyd, but if she didn’t tell Erik about me, I have to consider if she felt she couldn’t tell him.  She did call him ‘cheap’ though, indicating he’s got a hand in campaign spending if he’s not personally directing it.

She still owes me a few dollars and we’ll go through the processes together and publicly if she wishes.

But Lt Lloyd knows me and I know him and he’s a longtime reader here.  We say ‘hey’ whenever we see each other and I’ve no other reason to suspect any misconduct from him.  I’ve asked her pointblank a number of times if she understood the grave damage she an her lies was doing to her boss Judge Kephardt and to her husband who was promoted to Lieutenant at Metro and is assigned to IAB which is either a warm bucket of puke and piss to some officers, or a prime assignment.  Either way, no one is at IAB without the personal blessing and confidence of the Sheriff.  It implies the officer has integrity and ethics, something Minddie Lloyd’s entire 2016 campaign of deceit and lies does not possess at all!

When one begins their public life quest with lies and deceit, that’s never a good thing and this cycle might be called ‘The Bored Socialite Campaign’ with Minddie Lloyd and Susie Lee the main attractions of 2016!  It’s been nothing but secrecy, subterfuge, and skullduggery from Minddie Lloyd since she filed her candidacy without informing me in March.

The impression she’s left with me since this all began is that Minddie Lloyd is fundamentally dishonest, deceitful and lacking any ethics, morals, or integrity and is unfit to sit in publicly elected office.  GOP voters in AD09 deserve better than that bullshit especially after incumbent Gardner lied to his voters in 2014 and voted for the largest tax increase in state history!

I told to Minndie in an April 10th email that ‘Auntie Rozita’ was her Judas–I think Rozita wrote her crap rhetoric, and I ended my relationship with her campaign on May 10th tired of nothing but lies from Minddie Lloyd and her not returning calls or taking any of the advice I was giving her.  She deserves to lose and to lose very badly too!

AAPI is Asian Americans and Pacific Islanders and is the phony creation of those currying favor with the Dem US Senate candidate and is likely the brainchild of Zach Hudson, formerly of NVDEMS an now on Catherine’s team.  They’ve taken a very bad idea combining all that contains ‘Asia’, and added Pacific Islanders, and even included Hawaii within it!  That’s 2/3ds the circumference of the entire world represented in one phony shill group which appears to be the stalking horse of SEIU here.

And there’s Minddie Lloyd listed as a founder and community activist at #5 advocating for the 2016 Dem US Senate candidate when she’s trying to convince AD09’s GOP partisan primary voters she’s a Republican ‘Common Sense Outsider’ and not as the phony as a $3 bill she really is!

There is no structure, no officers, no agenda, no mission statement, no fundraisers, no budget…no value at all in this new group which released this on March 14, 2016.

Four days later, Democratic Party Trojan Horse Minddie Lloyd filed again as a Republican for AD09 and she doesn’t see anything at all deceitful, dishonest, despicable, and duplicitous about any of her own misconduct and lying to her own voters!