Mitchell: Congress appears unable to block Iran deal … and that is troublesome 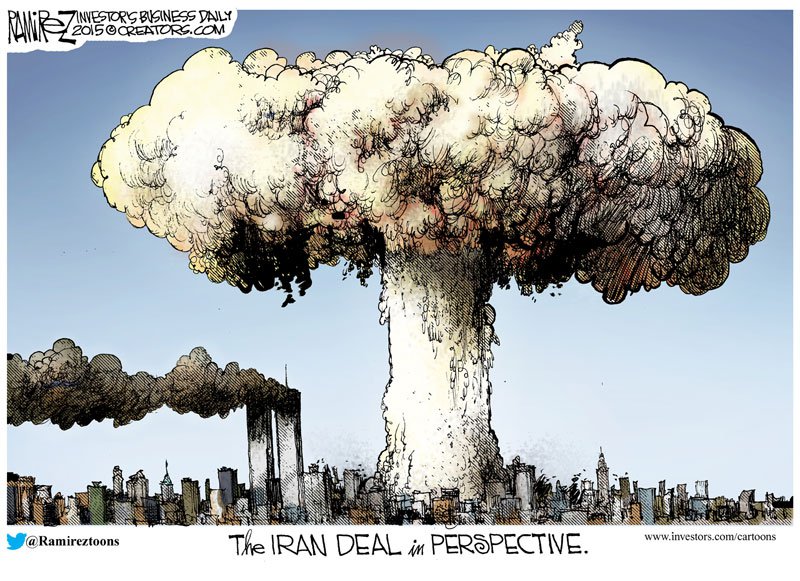 (Thomas Mitchell) – On the day before the Sept. 11 anniversary of the attack on U.S. soil by Islamic jihadists, Democrats in the Senate blocked an attempt to derail Obama’s deal that guarantees a nuclear-armed Iraq in a matter of years. A procedural vote fell two short of the 60 needed to break a Democratic filibuster.

This came the day after Ayatollah Ali Khamenei predicted there will not be an Israel in 25 years.

Nevada Rep. Cresent Hardy, fresh off a trip to Israel, sent out an op-ed to state newspapers concluding that the Obama deal if upheld will mean, “Iran needs to ‘play by the rules’ for 10 or 15 years until they can have an internationally approved nuclear research program. Iran will then be a mere three months away from building a nuclear weapon. For an ideological war that has been waging for centuries, 15 years is no time to wait at all.”

As we reflect on the attacks of Sept. 11, 2001, we must remind ourselves that all the wickedness underlying those attacks still exists and has expanded. We may very well be in more jeopardy now than before 9/11. Attacks such as those at Fort Hood, the Boston Marathon and similar incidents in Europe and around the world reveal that many enemies, not just one, are united in purpose: the destruction of our way of life. Each of these attacks may be more limited than the coordinated terrorist assault on Sept. 11, but they are frequent and hard to anticipate, causing widespread fear, the ultimate goal of terrorism. …

The Obama administration appears likely to get its nuclear deal with Iran—even though it gives the ayatollahs access to hundreds of millions of dollars that will be used to sponsor terrorist acts against us and our allies, and puts the regime on the road to becoming a nuclear power. The deal makes war, either conventional or nuclear, more likely.

Rep. Hardy asks: “In reviewing the nuclear accord, Americans should ask: If we were neighbors with Iran, would I feel safe with this agreement?”

The Las Vegas Sun quoted Harry Reid as saying, “The Senate has spoken with a clarion voice and declared that the historic agreement to prevent Iran from obtaining a nuclear weapon will stand. Our fellow Americans, allies and negotiating partners around the world should know that today’s outcome was clear, decisive and final: there is now no doubt whatsoever that the United States Congress will allow this historic agreement to proceed. Efforts by opponents to derail this agreement were soundly rejected by a margin much larger than anyone thought achievable as recently as a few days ago.”

When was the last time Harry was right about anything?

Will no one bring up the fact this is a treaty and requires two-thirds of the Senate to approve, not just 41 votes to filibuster?