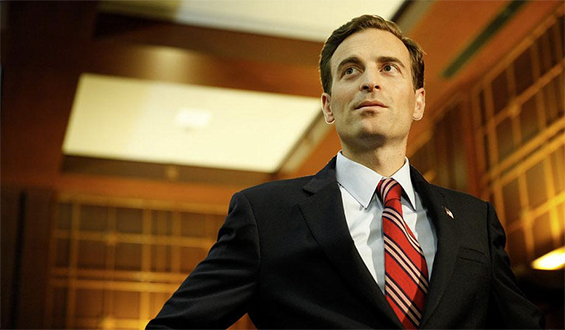 (Thomas Mitchell) – With the school year already under way and the Nevada treasurer’s office working apace to implement the state’s new education savings account law early in 2016, it is vital that the courts make short work of the American Civil Liberties Union lawsuit seeking to block the new law.

With that pressing timetable in mind, Attorney General Adam Laxalt has filed two motions in the district court in Clark County — one to expedite the hearing of the case and one to dismiss the suit out of hand.

Under Senate Bill 302, families that withdraw their children from public schools may establish savings accounts equal to 90 percent of the state funding for each pupil — about $5,100 a year currently. The law takes effect Jan. 1, but state Treasurer Dan Schwartz is working to have ESA accounts available as early as February.

The accounts would be like debit cards, with expenditures allowed only for private school tuition, homeschooling, tutoring and other education-related services.

“My office has assembled a capable and experienced team of lawyers to defend Nevada’s ESAs, and will work to ensure that parents enjoy the genuine educational choice envisioned by lawmakers this past legislative session,” Laxalt said in a statement after filing the motions.

The ACLU suit claims the ESAs are unconstitutional because Nevada has a Blaine Amendment barring the use of public funds for any sectarian purpose.

The lawsuit argues, “The Program establishes a system whereby, instead of enrolling their children in public schools, parents may obtain and use public money to pay for enrollment in private religious institutions. This is exactly what the Nevada Constitution forbids.”

Laxalt’s motion to expedite explains the urgency: “Nevada parents have a crucial interest in the urgent resolution of this case. This litigation’s outcome will determine the decisions of hundreds of thousands of them obligated to make the best educational choices for their children. Nevada has approximately half a million school-age residents, more than 450,000 of whom are enrolled in public schools. The state Treasurer has already had more than 3,500 students apply for ESAs. Right now, parents are making educational decisions for their children based on the reasonable expectation that ESAs will be available in early 2016.”

Since the law limits eligibility of ESAs to children enrolled in public school for at least 100 days, the suit notes, “Families withdrawing children from public school — or planning to withdraw them — in reliance on SB 302 could be irreparably injured, financially and educationally, by prolonged litigation over SB 302.”

Laxalt’s motion to dismiss the suit declares, “The ESA program is not a ‘voucher’ program. In a voucher program the State issues ‘vouchers’ that authorize the disbursement of State funds directly to a private school. … Under Nevada’s ESA program, by contrast, the State disburses funds into students’ education savings accounts, from which parents choose where and how those funds will be spent (within the variety of educational purposes allowed by SB302). Any funds spent through the ESA program are paid by the State to a private vendor, who in turn disburses those funds to the recipient chosen by parents.”

The motion argues that the ESA funds are no different than a state worker using his or her state paycheck to pay for tuition at a private church-based school or for medical services at a religiously affiliated private hospital.

The attorney general also cites a U.S. Supreme Court case in which it was held that in such cases the “intervening decisions of parents break the connection between government funds and the schools that any individual student ultimately attends.”

The most current and most analogous court decision is from Arizona. “The ESA does not result in an appropriation of public money to encourage the preference of one religion over another, or religion per se over no religion. Any aid to religious schools would be a result of the genuine and independent private choices of the parents,” the Arizona Appeals Court said. “The parents are given numerous ways in which they can educate their children suited to the needs of each child with no preference given to religious or nonreligious schools or programs.”

It is open and shut and must be shut soonest for the sake of the children.

N&V StaffOctober 4, 2022
Read More
Scroll for more
Tap
Fiore: The Officical 2016 Walk the Talk Second Amendment Calendar
Getting and Keeping Power: Why Jeb Bush is unlikely to drop out