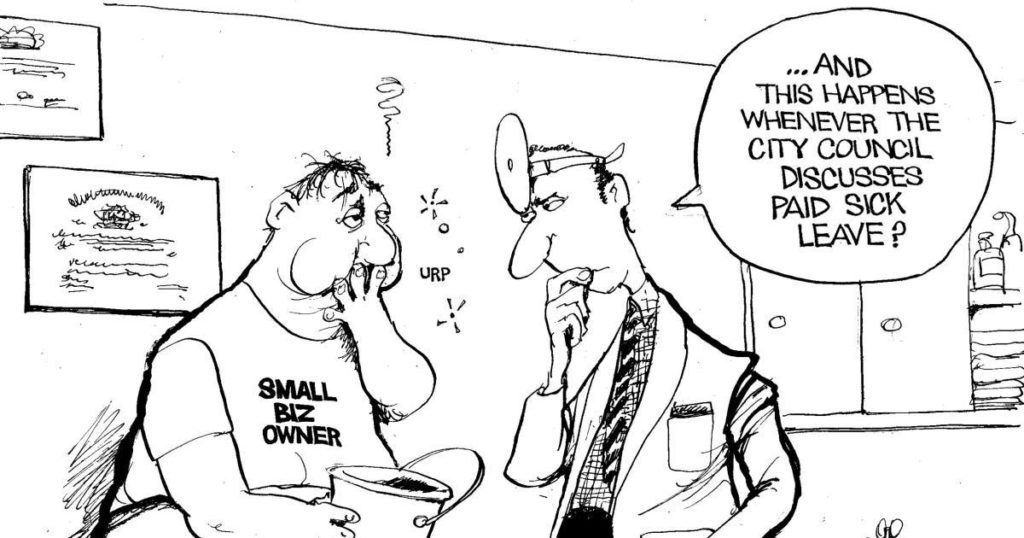 (Thomas Mitchell, 4TH ST8) – At the rate the Democrats in the Nevada Legislature are going small businesses are going to have to fire all their employees and instead use independent contractors. The proposed laws being cranked out in Carson City could make employees too expensive and the paperwork too burdensome and the risk of failure to comply too great.

First, there were the bills to raise the minimum wage up to $15 an hour. Then there was the equal pay for equal work bill that would require employers to keep massive amounts to paperwork to prove they are not violating existing federal law.

Now Senate Bill 196 would require employers to provide paid sick leave for three days a year with no questions asked but also require employers to keep three years of records on every employee and make those records available for inspection by the state Labor C0mmissioner.

Though news accounts say the requirement only applies to businesses with 50 or more employees, the current bill draft and the law it would amend have no such limitations. Curiously, though the bill and current law establish penalties of up to $5,000 per infraction, the fiscal note on the bill states: “Effect on Local Government: Increases or Newly Provides for Term of Imprisonment in County or City Jail or Detention Facility.” Ominous.

How many straws can lawmakers pile on the backs of business owners?