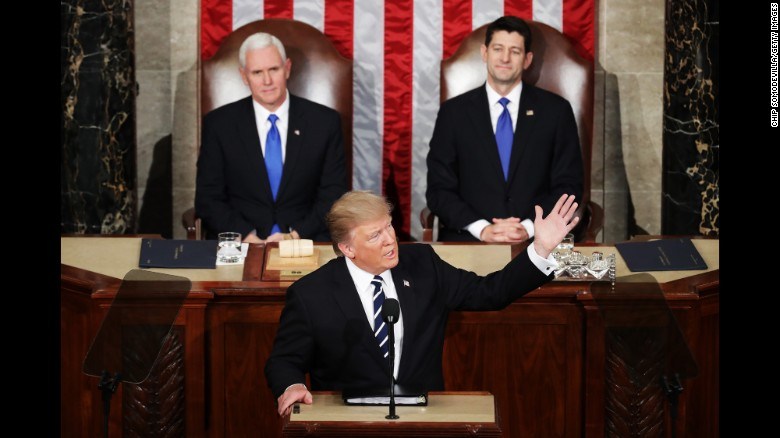 (Thomas Mitchell, 4TH ST8) – At least this time, the Las Vegas newspaper’s online version of the front page article by former columnist Debra Saunders carried the “analysis” tag in the headline, even though it was more of a “review” than an analysis.

It was less about what Donald Trump said Tuesday night before Congress and more about how he said it.

With words in the print version headline such as “precise,” “discipline” and “poise,” you’d expect it to have an accompanying blurb getting the speech a four-star rating.

“Without any question, it’s the best speech he’s ever given,” a Reagan speech writer gushed to the White House correspondent.

The reviewer concludes: “Trump spoke with precision that is not easily misconstrued. For Trump’s base and independents, Trump offered something new. He showed discipline. He didn’t fall into the usual rabbit holes against his perceived enemies that have made some of his speeches feel voyeuristic to watch.”

Now, if you want to know what Trump said and what an analyst thinks about what he said instead of how he said it, you can read Dan Mitchell’s piece at his International Liberty blog. Mitchell is a libertarian-leaning economist and a fellow at the Cato Institute.

He has praise for Trump’s calls for lower corporate taxes, Obamacare repeal, and criticism of the stifling FDA. He also liked what he heard about jobs and school choice.

He was “somewhat pessimistic” about Trump’s infrastructure spending, border taxes, throwing money at the VA and the Pentagon, and unambiguously depressed about his ongoing calls for trade protectionism, childcare entitlement, and paid parental leave.

I wondered back during the campaign whether Trump is a big-government Republican or a small-government conservative. I contemplated the same question when he got elected. And also when he got inaugurated.

Last night’s speech left me still wondering, though it’s safe to say Trump does not share Reagan’s instinctive understanding that government is the problem rather than solution.

That’s how you do analysis.