(Thomas Mitchell, 4TH ST8) – A fool and his money are soon parted.

In Nevada, those fools are the taxpayers who keep electing Democrat majorities to send to Carson City to pick their pockets.

Assembly Bill 154, sponsored by a raft of Democrats, would roll back the minor headway made just two years ago to cut the cost of public works. It would raise the cost of construction of university and public school buildings by reimposing the so-called prevailing wage on more projects.

Prevailing wage laws require that workers on public construction jobs to be paid no less than the “prevailing” wage in the area where the work is being done. The wage rate is set by the state Labor Commissioner based on a survey of contractors. The survey is so time consuming that in reality only union shops bother to comply, meaning the prevailing wage is the highest union wage. 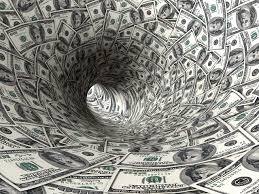 “Research shows that prevailing wage laws lead to more workforce training, a more educated and experienced workforce, safer construction and government savings because workers depend less on social programs,” Brooks said. “Prevailing wage laws are better for the economy because they support the middle-class incomes that boost consumer spending. Eliminating the prevailing wage does not save money and can actually cost more money.”

Warren Hardy of the Associated Builders and Contractors contested this allegation of savings by pointing out that a contract for construction of a middle school in Clark County received a low bid of $2.7 million during a brief period a couple of years ago when the prevailing wage was dropped for schools, but when the prevailing wage was reinstated the low bid jumped to $3.6 million.

In 2012, Geoffrey Lawrence penned a column for the Nevada Policy Research Institute website on Nevada’s expensive prevailing wage law. He noted how a plumber in Mesquite might expect to be paid less than $20 an hour for most jobs, but, if it is a public works project by a state or local government entity, that same plumber would be paid, by law, more than $70 an hour.

Lawrence’s piece pointed out that an NPRI analysis estimated that prevailing wage requirements cost Nevada taxpayers nearly $1 billion extra over 2009 and 2010. The state’s biennial general fund budget is less than $7 billion. “That’s why prevailing wage reform needs to be at the top of the agenda for the Nevada Legislature in 2013,” Lawrence wrote.

NPRI in its “Solutions 2015” handbook estimated the law required the state, cities, counties, school districts and other government entities to pay 45 percent higher wages than necessary — a cost to taxpayers of $1 billion a year.

For a little historical perspective, the prevailing wage law is a vestige of the Jim Crow era and is modeled on the Davis-Bacon Act of 1931 that was expressly intended to keep cheaper Southern black laborers from getting jobs on public works projects.

The discriminatory nature of prevailing wages persists to this day.

Hardy of the Associated Builders and Contractors said during testimony on the bill that his organization does not have a problem with federal prevailing wage law but does object to the way the wage is calculated in Nevada, which results in unions setting the prevailing wage.