Mitchell: The true meaning of Thanksgiving

(Thomas Mitchell, 4TH ST8) – Thanksgiving is rich in traditions. The turkey. The dressing. The pumpkin pie. The family assembled in prayerful reverence in remembrance of the plight of the early settlers of this country — much of which is complete fiction.

The Plymouth colonists set out to live in an idealistic communal fashion. Everyone would share equally in the products of the colony. But after nearly starving to death in 1621 and 1622, Gov. William Bradford abandoned the social experiment and gave each family its own plot of land, and whatever was produced on it was the rightful property of the owner to consume or trade.

The result was a prosperous harvest in 1623 followed by a feast of Thanksgiving.

The American Institute of Economic Research (AIER) has posted online its own retelling of the Thanksgiving story, along with passages from Bradford’s recollections from “Of Plymouth Plantation,” translated into more modern spelling. 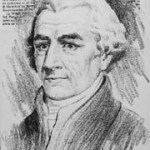 The AIER notes that the colony was attempting to live in the manner described in Plato’s Republic in which all would work and share goods in common, ridding themselves of selfishness and achieving higher social state. The problem was that hard work was not rewarded and laggardness and sloth went unpunished.

“For the young men that were able and fit for labor and service did repine that they should spend their time and strength to work for other men’s wives and children, without recompense. The strong, or men of parts, had no more division of food, clothes, etc. then he that was weak and not able to do a quarter the other could; this was thought injustice. The aged and graver men to be ranked and equalized in labor, and food, clothes, etc. with the meaner and younger sort, thought it some indignant and disrespect unto them. And for men’s wives to be commanded to do service for other men, as dressing their meat, washing their clothes, etc. they deemed it a kind of slavery, neither could man husbands brook it.”

Before the colony could die off from starvation, Bradford divvied up the land and introduced private property.

“And so assigned to every family a parcel of land, according to the proportion of their number for that end. … This had a very good success; for it made all hands very industrious, so as much more corn was planted then otherwise would have been by any means the Governor or any other could use, and saved him a great deal of trouble, and gave far better content. The women now went willingly into the field, and took their little-ones with them to set corn, which before would a ledge weakness, and inability; whom to have compelled would have been thought great tyranny and oppression.”

And the result was, again in Bradford’s words:

“By this time harvest was come, and instead of famine, now God gave them plenty, and the face of things was changed, to the rejoicing of the hearts of many, for which they blessed God. And the effect of their planting was well seen, for all had, one way or other, pretty well to bring the year about, and some of the abler sort and more industrious had to spare, and sell to others, so as any general want or famine hath not been amongst them since to this day.”

This is the real lesson of the first Thanksgiving: Capitalism always triumphs over communist utopian fantasies. Humans will work for their own self interest and, instead of it being greedy and rapacious, all benefit and prosper.