Mitchell: Time to stop police from extorting cash and property

(Thomas Mitchell, 4TH ST8) – The appalling Constitution-bending practice by which law enforcement agencies have for years seized private property under the presumption it is the product of criminal activity without ever having to go the bothersome effort of actually, you know, obtaining a criminal conviction continues apace.

The latest ignoble example of what is called civil asset forfeiture comes to us from Texas in the case of Leonard v. Texas.

The U.S. Supreme Court declined to hear the case because the attorneys for Lisa Olivia Leonard, whose $200,000 in cash was confiscated when her son was detained during a traffic stop, were arguing the seizure violated the Due Process Clause of the Constitution, but they had failed to make that argument before the lower courts. So, it was not yet ripe for the high court.

The Fifth Amendment provides: “No person shall be … deprived of life, liberty, or property, without due process of law …” 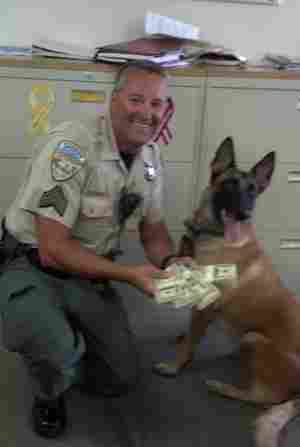 In April of 2013, a police officer stopped James Leonard for a traffic infraction, and, during a search a safe was found in the trunk. Leonard told police the safe belonged to his mother. After a search warrant was obtained, police found the safe contained $201,100 and a bill of sale for a home in Pennsylvania.

Texas filed for civil forfeiture of the money, claiming it was the profits from illegal drug sales, though Lisa Leonard said the money was from the sale of a house. A trial court and an appellate court did not believe that, even though no one was convicted of a crime.

Though he agreed the court should not yet hear the case, Justice Clarence Thomas wrote a six-page commentary on the evils of civil asset forfeiture.

Justice Thomas said of civil asset forfeitures, “This system — where police can seize property with limited judicial oversight and retain it for their own use — has led to egregious and well-chronicled abuses. According to one nationally publicized report, for example, police in the town of Tenaha, Texas, regularly seized the property of out-of-town drivers passing through and collaborated with the district attorney to coerce them into signing waivers of their property rights. …In one case, local officials threatened to file unsubstantiated felony charges against a Latino driver and his girlfriend and to place their children in foster care unless they signed a waiver.”

Nevada has its own record of suspect civil asset forfeiture cases. Over a two-year period Humboldt County deputies seized $180,000 in cash from motorists.

In one case, a dashboard camera caught a deputy seizing $50,000 from a man who claimed he won it at a casino. “You’ll burn it up in attorney fees before we give it back to you,” the deputy said. The man was threatened with having his car impounded, too, if he did not cooperate and waive his rights.

Some states have passed laws to curb the extortionate practice by police by requiring that an actual criminal conviction before assets may be taken.

During the 2015 legislative session, Republican state Sens. Don Gustavson of Sparks and James Settelmeyer of Minden sponsored a bill that would have established just such a requirement, but by the time the bill came out of the legislative sausage grinder it merely required police agencies to report their confiscations to the state and specifically declared convictions would not be necessary.

No one has deigned to try to challenge civil asset forfeitures this year in Carson City, but someone should.