Mitchell: To ‘negotiate’ with feds, you have to speak their language

Mitchell: To ‘negotiate’ with feds, you have to speak their language
N&V Staff

(Thomas Mitchell) – Will the real Brian Sandoval please stand up?

This past week the Nevada governor stood virtually alone in rebuking Attorney General Adam Laxalt for joining in a lawsuit seeking to block Interior Department plans to enforce draconian land use restrictions to protect the vast habitat of the greater sage grouse across 11 Western states.

“Prematurely embroiling the state in costly litigation at this juncture threatens to compromise future collaborative efforts to implement the Nevada plan developed over the last four years …” says a statement released by Sandoval’s spokeswoman while he was out of the country. “The governor believes that joining a lawsuit now will chill ongoing discussions …”

How do you chill “discussions” that have been frozen solid?

In July in a 12-page letter to the acting head of the state Bureau of Land Management, John Ruhs, the same Brian Sandoval railed that the state had been stonewalled and ignored in efforts to draft plans for protecting sage grouse. He noted that the final 3,500-page land use plan released in May left unresolved, dismissed or ignored issues raised by the state.

Sandoval wrote that the plan “contains many new elements that disregard best science, Nevada’s state and local plans, and federal law. It is disappointing that this process has changed from a collaborative, proactive approach, to a now heavy-handed, federal approach that uses status quo approaches and relies primarily on information from federal officials in Washington, D.C. …”

The acting director replied within a week with vague promises of clarifications and a couple of “respectfully declines to adopt.”

Sandoval fired off an appeal to the head of the BLM calling the state director’s response “specious in nature and nearly identical to the text used” in previous denials. 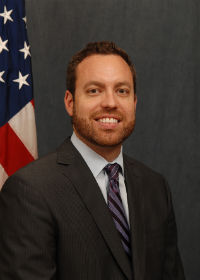 Five weeks later the head of the BLM, Neil Kornze, a former aide to Harry Reid, wrote the governor, “I … respectfully deny your appeal,” though he did “look forward to our continued coordination …”

Now Sandoval thinks he can negotiate with the same people who have repeatedly dismissed, ignored, snubbed and denied his every entreaty?

Laxalt is speaking the Interior Department’s language. These Washington bureaucrats live by sue and settle. That’s how we got the September deadline for listing grouse as endangered or not — a settled lawsuit from self-styled conservation groups.

A funny thing happened on the way to the listing. Interior discovered the grouse are not endangered. The agency stated that “the charismatic rangeland bird does not warrant protection under the Endangered Species Act,” because its population has stabilized.

Instead, without the legal nicety of listing, Interior immediately announced arbitrary land use restrictions.

The next day Elko and Eureka counties and two mining companies filed a federal lawsuit. This past week Laxalt filed an amended suit that added as plaintiffs the state, seven more counties — Churchill, Humboldt, Lander, Lincoln, Pershing, Washoe and White Pine — another mining company and a Humboldt ranch. An initial hearing is scheduled for Nov. 12.

The suit accuses Interior of violating the Federal Land Policy and Management Act of 1976, the General Mining Laws, the Taylor Grazing Act and numerous other federal laws and agreements. The mining companies and the ranch say new restrictions could put them out of business.

In a press release announcing the litigation, Laxalt noted that the federal plan bars mineral exploration and development on 3 million acres within Nevada alone and creates restrictions on grazing and public access on more than 16 million acres in the state.

Rep. Mark Amodei declared, “When the Department of the Interior completely ignores input from Nevada’s Environmental Impact Statement, I believe no tool should be left in the shed, and one of those tools is litigation.”

Rep. Cresent Hardy agreed, “Those who live closest to the land are the best stewards of it. This has been proven particularly true in Nevada, where locally driven conservation efforts helped keep the sage grouse off of the endangered species list. But the federal government is actively choosing to ignore that reality.”

Rep. Joe Heck, who is running for the Senate seat now held by Reid, observed that Nevadans developed a plan to protect sage grouse habitat, but “that plan was rejected by bureaucrats at the Department of the Interior who have no connection to the land and won’t have to deal with the consequences of their land-use plan.”