Mitchell: You can fool some of the people some of the time… that might be enough
N&V Staff 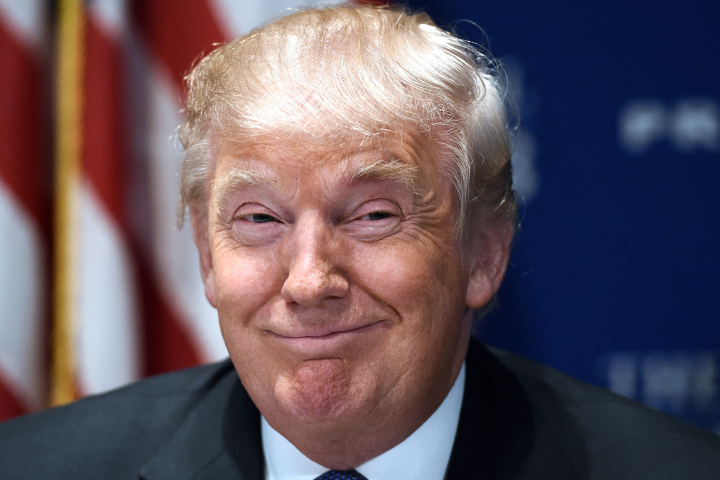 (Thomas Mitchell) – I have a sincere and earnest question for a large plurality of Nevada Republicans who say they will participate in the state’s among-the-first-in-the-nation presidential caucuses in February: What the hell are you thinking?

According to the most recent CNN/ORC poll, Donald Trump is the presidential choice of 38 percent of those aforementioned Republicans.

Trump is not even a real Republican. From 2001 to 2009 he was a registered Democrat. He registered Republican, then independent and Republican again in 2012. He changes parties and positions as often as most people change socks.

Granted the pollster only surveyed 285 Republicans and the poll has a margin of error of plus or minus 6 points, but irresolute Trump outpaced Ben Carson by far more than that. Carson garnered 22 percent, Carly Fiorina tallied 8, Marco Rubio 7, Jeb Bush 6 and Ted Cruz and Mike Huckabee 4, while the rest earned 2 percent or less.

Trump’s biggest braggadocio — and there are many — is that he is a master businessman who has a net worth of $10 billion after building on an inheritance of half a million, though Forbes says his current net worth is closer to $4.5 billion and analysts say that if the brilliant businessman had simply invested in stocks he’d be worth $20 billion today. He also dismisses the four corporate bankruptcies that cost his investors real money.

But 67 percent of Nevada Republicans polled said Trump would do the best job of handling the economy. The second-place finisher was Fiorina with 7 percent. Trump has managed to sell his sizzle even though he has no steak.

While we are on the topic of money, where has Trump “invested” his money in our political future? Until 2011, he contributed more to Democrats than Republicans. He has contributed to the campaigns of Harry Reid, Hillary Clinton, Chuck Schumer, Charlie Rangel and Shelley Berkley.

Trump also donated between $100,000 and $250,000 to the Clinton Foundation, after which both Bill and Hillary attended Trump’s latest wedding. The Wall Street Journal observed that Trump was “practicing situational politics” — translation, taking care of Trump.

As Fiorina pointed out in one of the Republican debates, Trump received a call from Bill Clinton shortly before Trump announced his candidacy. Coincidence or stalking horse for Hillary?

In a 2012 television interview, Trump said, “Hillary Clinton I think is a terrific woman. I am biased because I have known her for years. I live in New York. She lives in New York. I really like her and her husband both a lot. I think she really works hard. … I like her.”

As for the issues, Trump has been notably mercurial, tap dancing around instead of taking a stand on much of anything.

On that CNN/ORC poll, Trump has given highest marks on every issue addressed, from economy to foreign policy, from immigration to social issues.

On tax reform, he has called for higher taxes and lower taxes. He has been pro-life and pro-choice. Years ago he criticized the NRA for balking at gun restrictions, but now “the Second Amendment is a right, not a privilege” and he does not support expanding background checks.

Trump once backed a single-payer health care system, saying, “I believe in universal health care. I believe in whatever it takes to make people well and better.” Now he staunchly opposes ObamaCare — or did the last time we checked.

He once called for privatizing Social Security. Now, not so much.

Trump also has come out strongly in favor of using the government power of eminent domain to take property from one private owner and give it to another, if that will generate more tax revenue. So much for property rights.

Trump is little more than a scowling, snarling, epithet spewing, chameleonic but two-dimensional villain right out of a Batman comic book, who has a frighteningly realistic chance of tricking his way into the White House.