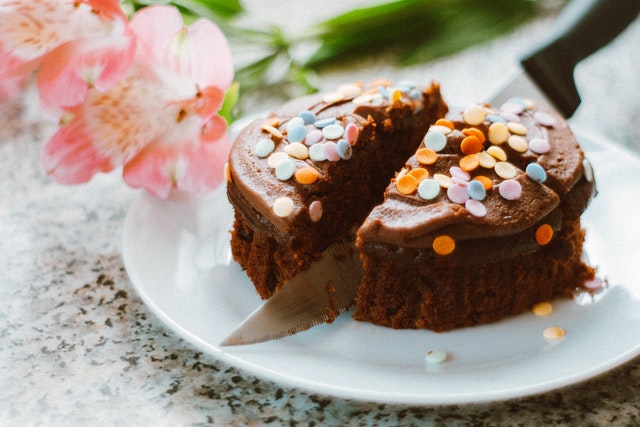 (Ron Knecht) – I wrote the following remembrance two-and-a-half years ago.
Surrounded by her loving family, Christena Kathryn Jensen departed peacefully for Heaven Wednesday, October 24, 2018 at age 97.  Daughter Kathy Knecht, granddaughter Karyn Knecht and son-in-law Ron Knecht all loved her dearly and will miss her forever.
She was born May 2, 1921 in the Bay Ridge section of Brooklyn New York to wonderful parents Robert and Christena Hammond and had a younger sister Doris (who predeceased her).  When she was a girl, her father occasionally took her to Dodger games at Ebbets Field, which later made Ron envious.
Christena attended the College of William and Mary for a year before transferring to Skidmore College and obtaining her BA in 1943 as an English major.  She worked on Wall Street and then attended Columbia University’s School of Occupational Therapy, receiving a certificate in 1945.  From 1945 to 1953, she worked as an occupational therapist at four hospitals in the northeast.
In 1953, she and her friend Betty travelled to Europe, spending some months in Spain, which they enjoyed immensely.  Upon returning, Christena served three years as an occupational therapist at the Veterans Administration Hospital in Palo Alto California.
In 1958, she took an administrative job at Lockheed Missiles and Space Division in Palo Alto.  There she met LaVern C. Jensen, an engineer and later administrator at Lockheed.  Like Christena, Vern was one the nicest and most interesting people ever.  After a first dinner date, much boating and other dates, they were married in a small family ceremony November 28, 1959.
They had a great honeymoon road trip through many national parks in California, Nevada, Utah and Arizona, which only whetted their appetite for more travel.
In 1960, they drove from California to New York in her 1957 Chevy, the first of a few classic Chevies they owned.  They flew with Betty and her husband to London, where both couples had arranged to buy TR3s (red for the Jensens, white for the other couple) in which to tour Europe.
They visited the home sites of Jensen families in Norway and Sweden, and saw much of the continent during a rainy period.  They slept on a straw mattress in Venice and loved Italy.  Returning to London, they flew to New York and drove back across the continent in the Chevy because their TR3 would not arrive for some weeks.
With a new home and more boating, they were very happy.  And happier still when their only daughter Kathy arrived in 1961.  They lived for a while with Vern’s parents as they fixed up their home, but kept traveling.
Kathy stayed with her grandparents while they visited the 1965 New York World’s Fair and New England.  And in 1969, Japan, Taiwan, Hong Kong, the Philippines, Singapore, Malaysia and Thailand.  The three moved to Los Altos in the 1970s, and stayed there through the 1990s.
In 1975 they went to Mexico and in 1976 returned for an extensive tour of Europe, both times taking Kathy.  The next year they made a road trip to Lily, South Dakota – now a ghost town – to show Kathy where her father’s family lived before fleeing the Dust Bowl and Great Depression with only their suitcases.
In 1979, it was the Hawaiian Islands.  Then road trips in 1983 to San Simeon and Hearst Castle and in 1985 to Texas.  Also, in 1985 they returned to England and Scotland and visited the Hammond home sites.  In 1986, it was Florida to visit relatives.  Later trips to Spain, Morocco, the Amazon and China didn’t include Kathy, who stayed home to work and take care of the pets.
Surrounded by Christena, Kathy and Ron (then engaged to Kathy), Vern died in 1997 from mesothelioma caused by his work in World War II in the Marin ship yards.
After the birth of granddaughter Karyn in 2001, the family moved to Carson City.  Ron has always said the three-generation household is ideal.  Christena was a great mentor to Kathy and said her life was greatly enriched watching Karyn grow up.
To Kathy, like Christena in many ways, she was the ideal mom.  To Karyn, the perfect grandmom.  And to Ron, the best mother-in-law ever.
Prev postNext post
Related ItemsRon Knecht
Opinion
Ron Knecht