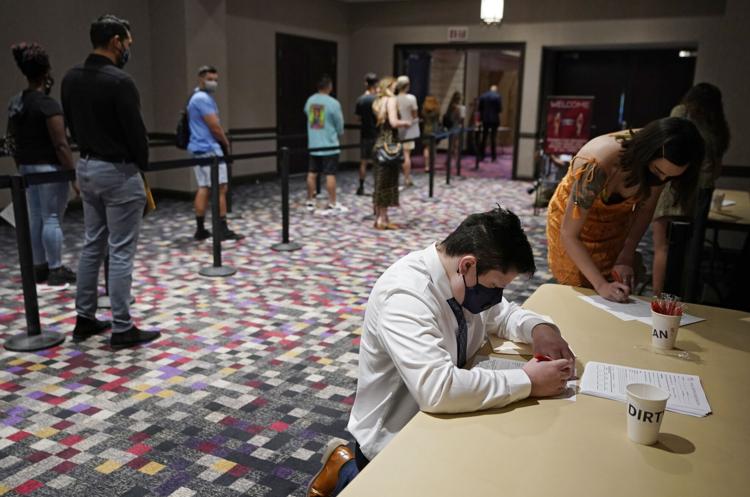 (Brianna Kraemer) — Nevada’s hospitality industry is projected to end 2021 with some of the worse job losses in the country.

New data from the American Hotel & Lodging Association (AHLA) projects Nevada will end 2021 down 22,282 jobs in the industry compared to 2019, the fourth highest job loss in the country. The data represents just jobs directly on hotel property, not other industries supported by hotel business like restaurants and attractions.

The leisure and hospitality sector has lost 3.1 million jobs since the pandemic began, with hotels expected to end the year still down 500,000 jobs, according to AHLA. The sector’s unemployment rate remains 330% above the rest of the economy, the industry group said.

California is projected to experience the worst hotel job losses in the country with over 67,000 positions empty at the end of the year. Florida, New York and Hawaii also stand within the top five states for job losses in the sector.

Hotels have received no direct aid from Congress in the stimulus packages, according to AHLA, but U.S. Sen. Brian Schatz, D-Hawaii, last month introduced the Save Hotel Jobs Act, which would provide grants to hotel owner-operates to cover payroll for workers.

“While many other hard-hit industries have received targeted federal relief, the hotel industry has not. The Save Hotel Jobs Act will provide critical support to hotels and their workers during this crucial period,” AHLA President and CEO Chip Rogers said in a statement. “We need Congress to pass the Save Hotel Jobs Act to help hotels retain and rehire employees until travel demand, especially business travel, begins to come back.”