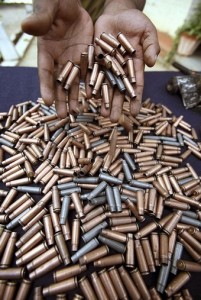 (Robert Skrob/Information Marketing Association) – It’s like getting angry that the sky is blue or that oceans cover two-thirds of our planet’s surface. Becoming angry at these things is pointless and fruitless. Better instead to come to grips with these realities and learn how to thrive.

“Money in politics” is derided as a national scourge, as the root of all evil in our government. Everyone says “big money” donors and their lobbyists get access that others do not.

This is a huge disservice to our country. It demoralizes the vast majority of Americans into giving up, thinking their voices cannot be heard.

For individuals like you and me, it often feels like we cannot make a difference compared with all the donors with deep pockets. Actually, the opposite is true. Few of our fellow citizens make contributions to candidates, so by becoming involved, you can quickly gain access and build relationship with your lawmakers while others are content to stand on the sidelines.

Too many people see the millions raised by the presidential campaigns and think “There’s no way the little bit of money I have can compete with what those millionaires contribute.” Not true! Smaller contributions can make all the difference. When George Clooney hosted a fund-raiser for Barack Obama in May, the $40,000.00 price tag to attend grabbed all the headlines. Yet the big money from the Hollywood VIPs accounted for just over one-third of the fund-raiser’s estimated $15 million raised. The rest came from average contributions of $23 from ordinary people who wanted a chance to win two tickets to the event themselves.

Here is what we must remember: Very few people are contributing anything today. If you are able to organize the masses, you can make all the difference. In the Clooney fund-raiser, about 150 celebrities made big contributions. Their contributions were almost doubled by about 450,000 donations from private citizens. And all this activity is nothing compared to the 312.8 million people who live in the United States. The overwhelming majority aren’t contributing at all.

My analysis of presidential politics was a bit of an aside, I’ll admit. Those numbers are really too big for most people to comprehend. I digressed from my main point to prove that even in the world of big-money presidential politics, ordinary citizens can make a difference.

The biggest opportunity for you and me is in our state and local races. While national politics gets all the attention of cable news networks, the reality is that what happens in your state capitol and in your town hall has more impact on your life than what happens in Congress or even the Supreme Court. Plus, in these elections closer to home, it’s much easier to see that you can have an impact.

Your elected officials and their staff can help you navigate government bureaucracies. It’s easy to meet these candidates in your community and build a relationship with them. Your relationship and support through campaign contributions will give you a much larger voice in the lawmaking process that occurs after the election is over.

We all want to support a winner; however, there’s little downside to giving to a losing candidate. Often the winner is just as motivated to help you, hoping to sway one of the few people involved in contributing to campaigns to support him or her in the next election.

Your state and local campaigns are much smaller. If you can contribute $100, $250 or $500, you really can build a relationship with candidates. And because you supported them during their elections, these officials will trust your input more during the lawmaking process. Yes, politicians listen better to those who supported them. Get mad if you want, but that’s the way it works. Rather than getting angry at the system, it’s a lot smarter to jump in and work the system to your benefit.

Money is an essential element of our political process. It was created that way on purpose. If you don’t like it, consider for a moment how other countries change their leadership. Iranians died in a failed attempt to change their country’s leaders. The Syrians are waging war. Libyans had to fight for months, and hundreds of Egyptians died to transition to a government they aren’t sure really changed at all. Their political processes work on bullets. Each side rallies its forces and shoots at each other to get or retain power.

Our system runs on money, yes, but it’s more than that. Money is just the way to communicate ideas. The more money you have, the better you are able to communicate with potential voters. The candidate with the most money has a better opportunity because he or she can communicate with and motivate more voters.

I encourage you to participate in the elections within your community. Give money to a presidential candidate if you like. But I believe it’s more important to get involved locally.

Identify candidates on the state and local levels who share your convictions. Make an effort to meet them by attending a fund-raising event or calling to ask for an appointment. Make a contribution. Although it may be portrayed as dirty by some, you get from the lawmaking process what you are willing to invest.