More problems at the IRS 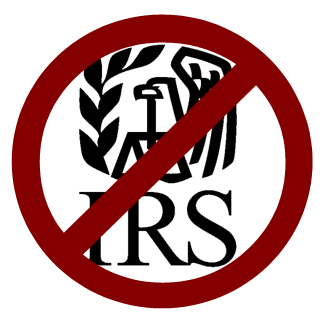 (Nathan Mehrens, NetRightDaily.com) – While tax law certainly isn’t what most would consider an engaging subject, under the Obama Administration it has become something that absolutely must be watched. Even after all the scrutiny, public hearings, and outrage over how the IRS has treated taxpayers, they’ve still continued to push the envelope, even going so far as to hire Quinn Emanuel, an extremely expensive law firm to do their law enforcement work.

As I previously noted, there are significant problems with that contract, including whether the IRS can legally disclose confidential taxpayer information to a law firm for the purposes of that law firm performing enforcement duties that belong to the IRS.

The IRS, apparently realizing that there would be questions asked about the propriety of contracting out law enforcement activities, promulgated a new regulation that purports to legalize the release of taxpayers’ private information to contractors such as this law firm. The IRS regulation was published in the Federal Register on July 18, 2014, and had an effective date of the same day.

While the temporary regulation purports to be a “clarification” of the rules concerning access to the protected information, it nonetheless added text to the Code of Federal Regulations, text that would be superfluous if it didn’t have any operative legal effect.

And there’s a problem: the IRS contract with Quinn Emanuel predates the regulation.

Thus, even assuming, for the sake of argument, that this new regulation is legitimate, there are still problems with how the IRS went about contracting out its law enforcement duties.

The law firm in question is Quinn Emanuel Urquhart & Sullivan, LLP. On May 19, 2014 they entered into a contract with the IRS “to provide expert services” between May 20, 2014 and December 31, 2016. Section C of the contract gives the “Performance Work Statement” which describes the work to be done under the contract. In this section, the IRS discloses that it is “analyzing a set of intercompany transactions” of the “Taxpayer” which just so happens to sell “software products.” Reading this section of the contract, one could ascertain that the “Taxpayer” in question is the Microsoft Corporation. The contract, which was obtained using the Freedom of Information Act, was made public by Microsoft as an exhibit in a lawsuit against the IRS.

Also, in order for the Quinn Emanuel firm to be able to ethically enter into the contract, they would first need to conduct a conflicts check. Under Rule 1.7 of the ABA Model Rules of Professional Conduct, versions of which are in effect in most states, law firms cannot represent one client if that representation is “directly adverse to another client.” In order for Quinn Emanuel to know whether they could enter into the contract without violating their duty to other clients, they would first need to know the name of the target, in this case, Microsoft. Only then could they conduct the conflicts check to determine whether entering into the contract would result in a conflict of interest.

This is apparently not the first time that the IRS has outsourced its work in this area as it previously entered into what appears to be a similar contract with the law firm Boies Schiller & Flexner, LLP in 2013.

Based upon the preceding information, did officials at the IRS commit felonies by disclosing “return or return information” to the Quinn or the Boies law firms showing that the IRS was investigating Microsoft? The Treasury Inspector General for Tax Administration (TIGTA) has the responsibility for conducting investigations to determine whether IRS employees have violated the taxpayer protections. Perhaps TIGTA might be interested in investigating this issue further.

Is anyone ever prosecuted for violating these taxpayer protections? The short answer is, rarely. According to the Transactional Records Access Clearinghouse (TRAC) at Syracuse University, there has been only one single case during the current fiscal year where a violation of IRC § 7213 was the lead charge. There may be other cases where a violation of this section was prosecuted along with other charges, but the lack of charges in this area is a clear indicator that prosecuting these violations is not a priority.

Even if you accept the argument that the IRS regulation is legitimate, they still didn’t follow the law as shown by at least two contracts which predate the regulation.

In addition to the problems with the conduct of the IRS in this area, if the IRC and its application to business transactions is so complex that the IRS can’t understand it without hiring outside lawyers at $1,000+ per hour, then maybe it’s time to get rid of the IRC.

Nathan Mehrens is the President of Americans for Limited Government Foundation.