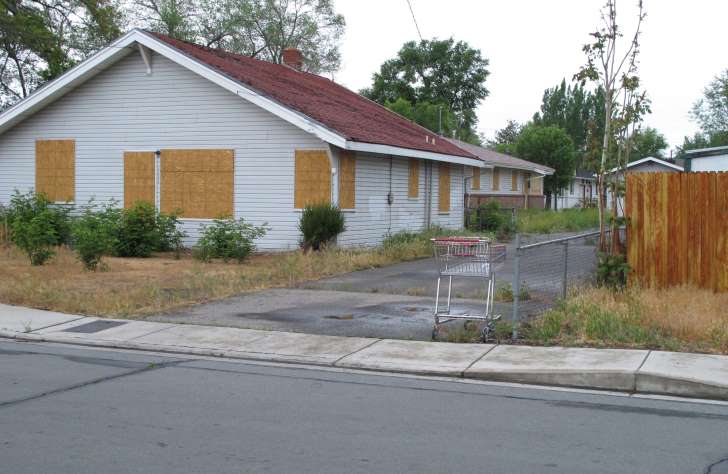 This May 15, 2015, file photo, shows the boarded duplex where Wayne Burgarello fatally shot an unarmed trespasser in February 2014, in Sparks, Nevada. Burgarello now faces murder charges. The case has helped renew discussions about stand-your-ground laws and how they are interpreted across the U.S. (Photo by Scott Sonner, Associated Press)

(Scott Sonner for MSN News) – Reno — The idea that a person’s home is their castle and they have the right to kill trespassers has been widely accepted in the U.S. for more than a century.

But that broad legal premise has been put to the test in several states amid cases that stretched the boundaries of “stand your ground” self-defense laws.

The latest high-profile case is in Nevada, where a man is on trial on murder charges after opening fire on two trespassers — not in his home but at a vacant rental unit he owns.

In neighboring Utah, a man was hailed as a hero after he intervened in a would-be carjacking outside a grocery store, gunning down the suspect.