In author George Orwell’s literary classic “1984,” the government’s Ministry of Truth was devoted to re-writing history to comport with Big Brother’s political agenda.

Such historical revisionism via government propaganda is the sort of thing the Soviet Union’s Pravda newspaper became famous for during the Cold War (won by Ronald Reagan!).

Alas, radicalized liberals and shameless race-hustlers are now in over-drive with their own efforts to re-write U.S. history and whitewash from society any mentions or reminders of the Confederacy.

At first, it was just the Stars-and-Bars Confederate flag they wanted removed from government grounds in southern states.  But that movement has now extended to re-naming schools, streets and other public memorials to historical figures involved with the south’s resistance to the north’s War of Aggression.

For example, last summer the Houston public school district spent $1.2 million in taxpayer dollars to rename six schools that had been named after Confederate leaders – including the cost to replace athletic and band uniforms.

And in Connecticut, the Democrat Party actually went so far as to rename its annual fundraising dinner to eliminate references to former president Thomas Jefferson because of his ownership of slaves – despite the fact that Jefferson also wrote our Declaration of Independence!

On Monday night, “under cover of darkness by workers in masks and bulletproof vests,” the New Orleans government’s own “Ministry of Truth” secretly and clandestinely removed the 35-foot granite Liberty Place monument, which “was taken away on a truck in pieces before daybreak.”

Hooded masks?  Cover of darkness?  Anyone else catch the irony?

This stuff is absolutely insane.  You can’t erase history by simply pretending it never happened and removing all references to it.  And you don’t have to be a supporter of slavery to plainly see this War on History is just plain wrong.

In fact, a conservative Republican candidate in South Carolina vying to fill the 5th Congressional District seat of former Rep. Mick Mulvaney – who is now President Donald Trump’s head of the Office of Management and Budget – is gaining national attention (and donations!) for her fight against these historical (hysterical) revisionists in the special election to be held on May 2.

She even has a TV commercial out on this very subject.  Click here to see it and read more about Sheri Few.

Enough is enough.  When it comes to this War on History, it’s time for all Americans – north, south, east, west, black, white, red, orange, yellow, indigo and violet – to tell Big Brother, the PC Police and the Ministry of Truth to cram it in their pie holes.

P.S.  Radicalized liberals have adopted the slogan “Resist” to promote the idea that anything goes – ANYTHING, including violence – to bring down the Trump presidency and everything he’s trying to do to make America great again.

Our team might want to consider countering with “Persist.”  Don’t let the bastards win.

* Aimee Jones of the REAL Chamber of Commerce has a few choice words for Democrats in the Nevada Legislature who are trying to slit the throats of entry-level jobs the same way as other anti-business hell-holes such as California and New York.  Watch here 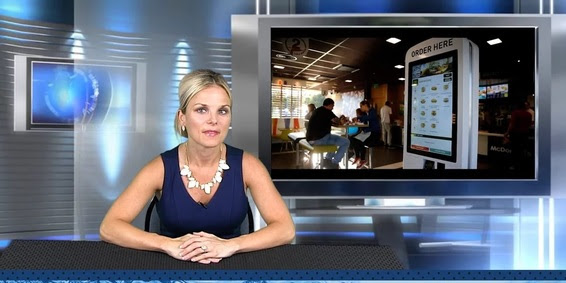 * Last November, the voters of Storey County voted on whether or not to hike the gas tax by 3 cents/gallon for the purpose of building, maintaining and repairing roads in Storey County.  Voters resoundingly rejected the tax hike by a hefty 60-40% majority.

But the three county commissioners there apparently don’t know how to take “no” for an answer and are now at the Nevada Legislature trying the ol’ end-run around the Gibbons Tax Restraint law with a bill (SB439) that would “enable” the country commissioners to shove a fuel tax hike up everyone’s wazoo anyway.

Click here to read all the gory details in a column by The Story Teller Online.