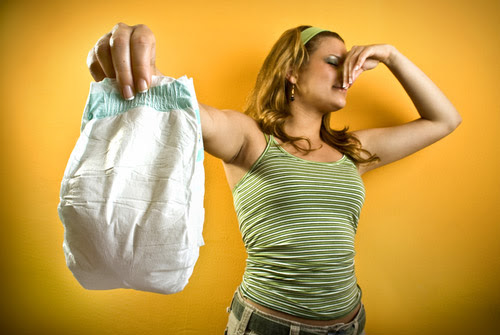 OK, so the city of Las Vegas wanted to jump on the “single-stream” recycling bandwagon.  As such, its current trash hauler, Republic Services, asked for a 12-year extension on its monopoly franchise contract, which doesn’t expire for another four years.

The extension is worth upwards of a billion dollars!

The city regularly asks for competitive bids for all manner of services from private sector companies.  I’m guessing even paper clips are bid out.  But not when it comes to the garbage man.

In fact, as Councilwoman Lois Tarkanian noted at the April 5 meeting on the extension, Republic has been hauling Hefty’s in Vegas since, well, long before Hefty’s were even invented.  In fact, Republic has enjoyed Sin City’s cash for trash since 1965 – and has never had to bid on the contract.  Not even once.

It has, for over half a century – since before man walked on the moon! – simply been handed the monopoly franchise on a silver platter.  Exactly the way Tony Soprano would want it.

It’s just not right.  And it’s not good government.  Competition is good.  It protects consumers.  It lowers prices.  It improves service.  It promotes innovation.  Which is, in fact, at the heart of the free market guiding principles one would expect from a Republican elected official.

Yet when the council voted 5-2 to bequeath Republic Services with this billion-dollar/no-bid contract extension, it wasn’t the two GOP council members – Bob Beers and Stavros Anthony – who stood up for residents, taxpayers, consumers and small business competitors.

It was a pair of Democrats – Lois Tarkanian and Ricki Barlow.

How in the world did Beers and Anthony get such an easy one so wrong?

Juice.  There’s just no other way to explain it.  Republic has, for over five decades now, made the right contributions to the right candidates and the right causes while hiring the right lobbyists.

So when push came to shove, two Republicans who absolutely should have pushed the “no” button rationalized a “yes” vote with some of the lamest excuses under the sun – including “everybody else is doing it.”

Vegas isn’t alone in this good ol’ boy system of you scratch my back and I’ll massage yours with silver dollars.  Which is why the Nevada Legislature should step in with two big reforms before adjourning this session…

1.)  Competitive bidding for major contracts should not be optional for local governments.  RFP’s (requests for proposal) should be mandatory.  It’s just too easy for local officials – like those mail order brides from Ukraine – to be wooed into an unsavory relationship by a sweet-talker holding a fistful of dollars.

Program Note: I am heading to Camp Bieber in Southern California this morning for an extended 4-day weekender with family and friends.

We will be hauling our own trash in-and-out, thank you very much.

Limited-to-no cell or internet service, so hold down the fort until my return next week.  Cheers!