“I am virtually certain I will do it,” Schwartz said on Nevada Newsmakers last week. “I will probably announce sometime in September and have an exploratory committee in mid-August.”

If he does pull the trigger on such a run, he’ll also be pulling on Superman’s cape while spitting into the conservative grassroots wind.

Although not yet officially announced, everyone knows conservative Nevada Attorney General Adam Laxalt is running for governor next year.  Indeed, the GOP support – in Nevada and nationally – for his nomination is so wide and so deep that he scared incumbent Lt. Gov. Mark Hutchison and Sen. Dean Heller out of the race last winter.

Schwartz apparently didn’t get the memo.

The rationale for Schwartz’s “turd in the punchbowl” GOP primary campaign is hard to comprehend.

First, he’s not a movement conservative in line with the conservative nature of Republican primary voters.  For example, Schwartz has refused to sign the Taxpayer Protection Pledge in all of his previous races.

You know what other Republican ran for governor, refused to sign the Tax Pledge and told Republican primary voters to, you know, just “trust” him?

That was right before he shoved the largest tax hike in Nevada history up our collective wazoos.

As Attorney General, Laxalt fought against multiple lawsuits trying to kill the program all the way up to the Nevada Supreme Court…and won.

And while it’s true Schwartz was a canary in the mine shaft about Faraday Future’s doomed future with its non-existent electric car, The Unicorn, voters don’t care.  It’s not an issue that directly affects them and will be all but completely forgotten ten months from now when polls open.

The only arguably legitimate rationale for Schwartz’s quixotic run for guv is the notion that the GOP would have someone on the bench in case something happened to Laxalt.

But if Laxalt is sidelined for some reason, Schwartz STILL wouldn’t be the guy the GOP would put into the game as his “sub.”  Heller would take another look.  Maybe Hutch.  Maybe Rep. Mark Amodei.  Maybe former Lt. Gov. Brian Krolicki.  Maybe Sparky the Wonder Dog!

What he does have is a super-sized, overblown ego and a willingness to “frag” Laxalt with friendly fire in the primary – weakening the inevitable GOP nominee for the general election and forcing him to spend campaign cash needlessly in a race Schwartz simply can’t win. 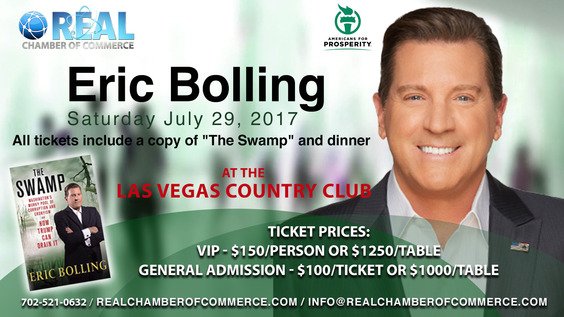 Sandoval: A Disaster Completely Out of Sync with the GOP

In a look at “influential” Gov. Brian Sandoval’s (Reno-RINO) recently elevated national profile and political future, Ben Botkin of the Las Vegas Review-Journal included quotes from a pair of contrarians where absolutely was heard a discouraging word.

“Between those three things, I don’t think the man has a prayer for any kind of Republican future in any kind of primary contest,” former GOP Chairman Chuck Muth said.  “He’s been a disaster and probably the worst thing that’s happened to the Republican Party.”

Is GOP Heading for Another Historic “Slanker Collapse”?

The natives are restless.

Conservative GOP activists who have been working in the trenches for ObamaCare repeal since the day Sen. Harry Reid shoved it down our throats are more than a little irritated with the inability of Senate Republicans, in the majority with a 52-48 advantage, to get the job done.

“(Sen. Dean) Heller, of Nevada, is the only Republican running in a state that Mr. Trump lost in 2016, suggesting he may be vulnerable next year. Mr. Heller was a critic of an early version of the Senate repeal-and-replace bill that stalled last week, but has been mum about next week’s expected vote on the GOP effort to repeal the ACA.

“Back home, Mr. Heller is in a political pickle. On the one hand, his criticism of the Senate health bill has angered some Republicans and independents who voted for him.  ‘Here’s another one of those guys who goes to Washington and discovers governing is hard,’ said Fred Weinberg, 65 years old, of Washoe Valley, Nev., who owns radio stations in the conservative rural parts of the state.”

The last time the GOP base was this fed up with Senate Republicans was 2006.

That’s when disgraced former Sen. John Ensign was head of the National Republican Senatorial Committee (NRSC) and Ohio “strategist” Mike Slanker, a political mercenary who never met a conservative principle he wasn’t willing to sell out, was the brains behind the outfit.

Slanker went on to lose EIGHT GOP seats that election cycle, including the defeat of FIVE GOP incumbents!

As you continue scratching your head trying to figure out why Sen. Heller seemingly can’t stop shooting himself in the foot on this issue of repealing ObamaCare, consider the fact that his top political strategist is…Mike Slanker.

Now it all makes sense.

Unless he squirts a little political Preparation H on Slanker’s noggin.