I Love the Smell of Nuclear Waste in the Morning!

1.)  Nuclear waste – in the form of “pellets,” not green goo oozing from under the lids of steel canisters – is piling up at the nation’s nuclear reactors and has to go “somewhere” else.

2.)  The law of the land – rightly or wrongly – as passed by Congress says the only potentially suitable site for a repository is at Yucca Mountain in Nevada, not far from the old Nevada Test Site where actual nuclear bombs were once exploded.

3.)  That land, along with more than 85 percent of the rest of Nevada, is owned by the federal government – meaning “state’s rights” arguments are built on thin reeds.  Rightly or wrongly, Yucca Mountain is not on Nevada land despite being within our borders.

A couple more realities: Harry Reid is no longer the Senate Majority Leader and no longer has the power to block efforts to designate Yucca Mountain as the nation’s waste repository.  Also, Barack Obama, who did Reid’s bidding for the last eight years, is no longer in the White House.

Lastly, the lineup of states wanting the repository in Nevada vs. the states that don’t want it in Nevada is roughly 49-1, with small Nevada being the one.

Does anyone else see the inevitable writing on the Yucca Mountain wall?

P.S.  When it comes to draining swamps, sometimes it’s hard to say which swamp is the most dangerous.

Washington, DC is clearly at the top of the list.  However, Jakarta, Indonesia is giving it a run for its money after it was discovered that a 23-foot… TWENTY THREE FOOT!… reticulated python swallowed a 25-year-old man whole.

By the way, I checked with Snopes and it is NOT true the python initially tried to swallow Nancy Pelosi but spit her back out because she left such a bad taste in its mouth.  I don’t know where these rumors start (OK, on this one, I do).

When You’ve Lost the Daily Kos…

Kos essentially wrote that Ford should grow a pair and be more like former Baltimore Mayor Martin O’Malley, who knows “that crime only goes down when relationships of trust between law enforcement and minority communities are built.” 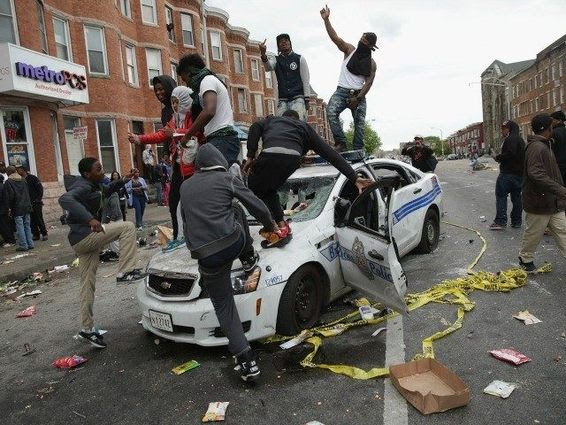 Yeah, I can’t imagine WHY Nevada doesn’t want to be more like this!

The Las Vegas City Council is expected to vote on whether or not to grant Republic Services a new 12-year NO BID contract extension on its monopoly franchise agreement at its regular meeting next Wednesday.

If you’d like to see the city open this contract to competitive bidding, please sign Citizen Outreach’s “Give Me Choice” online petition urging council members to issue an RFP (request for proposals) by clicking here: www.GiveMeChoice.com.

Deadline to add your name is close-of-business this Friday.

“Donald Trump may have suffered a setback on healthcare, but he’s been a virtual machine when it comes to rolling back Barack Obama’s midnight regulatory onslaught.  The president on Monday killed three more rules by the previous president on his way out the door.” – Las Vegas Review-Journal editorial, 3/30/17