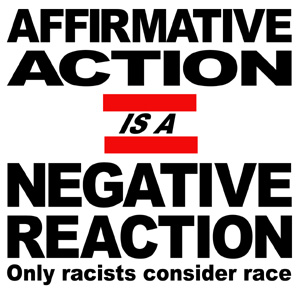 I don’t go looking for these fights.  They just seem to find me.

Frankly, I’d paid little attention to the race because…well, who cares?  But on Wednesday a Democrat political hack named Zach Hudson, a McCurdy supporter, decided to drag me into it with this tweet…

“That time when former @NVGOP ED @chuckmuth endorsed @OwenCarver AGAINST a Republican b/c Owen opposed more $ for edu.”

We can split hairs on whether I “endorsed” Carver.  But yes, in the blog post Hudson linked to in his tweet I did say that if I lived in the district where Carver was running against tax-hiking RINO (Republican in Name Only) Assemblyman John Hambrick, I’d vote for Carver.

Thing is, Hambrick is a liar…and I don’t like liars.

He signed the Taxpayer Protection Pledge and then not only voted for the largest tax hike in Nevada history, he used his position as Assembly Speaker to shove it through the lower house – along with a multitude of other sins against conservatives.

And I made it abundantly clear LONG before the election last year that I wouldn’t support ANY Republican who voted for that tax hike.

For his part, Carver ran in the Democrat primary as an independent candidate against the Democrat Party establishment, otherwise known as the “Reid Machine.”  And he won. That’s impressive, and especially appealing to me as a card-carrying anti-establishmentarian.

In any event, using my support to discredit Owen in a partisan fight was fair game.  I do the same thing when, for example, the anti-student teachers union endorses a Republican.

My decision had ABSOLUTELY NOTHING whatsoever to do with funding education.  Hudson just made that up…just like how CNN makes up its fake news every day.  So I replied with this…

And so it began.

Hudson, like clockwork, broke out the racist card and fired back…

“This blatantly racist tweet is disgusting even for you Chuck.  You owe William an apology.”

Sure hope he’s not holding his breath waiting for it.

And like the sheep they are, the race-hustling collective had the requisite and totally expected meltdown and joined in, tweeting and re-tweeting with fervent, reckless abandon.

“Sounds like somebody needs a therapy puppy and a safe space to cuddle in.  Suck it up, buttercup.”

That, of course, generated even more outraged indignation.  These folks are SO easy!

Then McCurdy hisself jumped into the fray…

“This is racist @ChuckMuth.  Being young and black doesn’t make me unqualified for @nvdems Chair.”

No, being unqualified makes you unqualified.  So let’s look at the facts…

McCurdy is a twenty-something UNLV student, community organizer and union agitator for the SEIU.  His political claim to fame is having been elected student body president at a community college.

He’s also a freshman state Assemblyman after winning a slam-dunk race last November as a minority candidate in a district with a minority-majority population.

Not exactly an electoral colossus.

“If elected I’d be 1st AfAm chair in @nvdems history.  RT if you agree it’s time for more diversity in the Dem Party & less racism in the GOP.”

So he’s running on his race – his words, not mine – while claiming the Democrats aren’t diverse enough (white guilt!) and, of course, claiming Republicans are a bunch of racists.

So typical.  So predictable.  So lame.

Erin and I don’t agree on much, and nobody was harder on her during her campaign for Congress two years ago.  But unlike McCurdy she ran in a tough district in a tough election cycle against a formidable Republican opponent and raised over a million dollars.

With deep experience such as that, how can anyone honestly – the key word here being “honestly” – say McCurdy is better qualified for the position of party chairman than Bilbray?

The fact is McCurdy is NOT the best person for this job…period.

Even with Bilbray aside, there are PLENTY of better qualified Democrats with far more experience and far better accomplishments.  The ONLY reasons he’s the establishment’s pick are his race and the fact that party elders will be able to control him.

And THAT makes him an “affirmative action” candidate.  And it’s not “racist” to say so.  It’s just reality.

If William the Second, with his spotty record, wasn’t black nobody would be giving him the time of day in this race.  And everybody knows it.

All of that said, let me repeat: PLEASE, Democrats…elect this guy as your party chairman today!

Republicans in Nevada need all the help they can get.