Whether you’re running for office or managing a campaign; whether you’re a party leader or conservative activist – or even a businessman, entrepreneur or professional looking for more sales – the Campaign Doctor’s “Secrets of High Dollar Fundraising” workshop is a must-attend.

This is a brand-new workshop that has never been offered before…and who knows if/when I’ll do it again.

I have no doubt – ZERO! – that this will be the best, most useful, most enlightening, most informative workshop on fundraising that you’ve ever attended.  But if not, just tell me at the end of the evening and I’ll refund your registration fee 100%… no questions asked.

Seating is strictly limited to the first 40 people to register (Remember a couple years ago when then-Assemblyman Pat Hickey (Reno-RINO) tried to register for the Campaign Training workshop after we were already sold out and I turned him away? Boy, was he angry!)…so register TODAY.

P.S.  Every attendee will receive a FREE copy of my book, “The Ultimate Fundraising Guide to Getting Past the Gatekeeper: Inside Secrets, Simple Tips and Proven Strategies for Getting Your Foot in the Door with the Most Hard-to-Reach Major Donors, CEO’s, Celebrities and Political Big Shots”($14.95 retail).

This book itself could easily end up being worth 100 or 1,000 times the cover price to you!

(Chuck Muth) – As the City of Las Vegas considers granting a 15-year monopoly franchise agreement to Republic Services for residential and commercial trash collection, some seem to be taking the attitude that it would be “rude” to ask such a benevolent company to actually compete for this $1 billion-plus contract in an open bidding process.

But when shoe is on the other foot, Republic can be outright vicious.

According to a story published on Tuesday by SanAngerloLive.com, back in 2013 the town of Mertzon, Texas was “ground zero for San Angelo’s trash wars.”  There, Republic and Texas Disposal Systems (TDS) “fought for the exclusivity contract to collect and haul all of the City of Mertzon’s trash.”

According to a SanAngeloLive.com article back at the time, Republic was enjoying and profiting nicely from the city’s monopoly trash collection franchise.  But members of the city council decided “that competition was good” and put the contract up for bid via an RFP (request for proposal).

TDS entered the competition.  But Republic didn’t go quietly into that good night…

“Investigations by Breitbart News into the global network run by George Soros have contributed to the negative atmosphere the billionaire has been facing in Europe, Politico reported on Tuesday. . . . Politico reported on the role of Breitbart News in exposing Soros, falsely labeling the news agency an ‘alt-right website.’  Breitbart News, recently ranked as the 29th most trafficked U.S. website by the Alexa rankings system, is an independent news website considered by many to be the largest conservative news site in America. It has no affiliation with the so-called alt-right movement.” – Breitbart News, 3/9/17 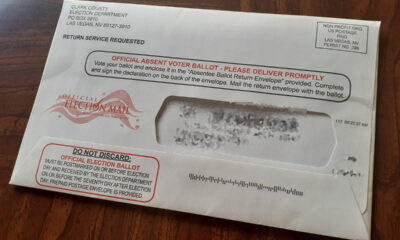 The Art of the (Election) Steal: Part II