Revenge of the Conservatives: GOP Tax-hikers Take it in the Shorts 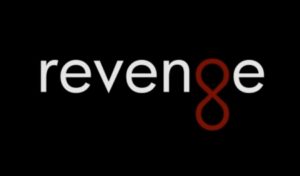 In 2014, Nevada Republicans won complete control of the state government for the first time since the Depression – and proceeded to blow that historic opportunity by passing the largest tax hike in state history.

Nevada conservatives were not amused, and took their revenge at the ballot box.

State Senate Majority Leader “Tax Hike Mike” Roberson – who engineered the $1.4 billion tax hike in the upper house – attempted to run for Congress.  He was soundly thrashed in the GOP primary by a candidate who signed the Taxpayer Protection Pledge.

Roberson went on to lose his slim 11-10 Senate majority to the Democrats in the general election when GOP Assemblywoman Victoria Seaman – who voted for 9 tax/fee hikes last session and refused to sign the Tax Pledge – lost in her bid to hold the seat vacated by tax-hiking Republican Sen. Mark Lipparelli.

In the State Assembly, 9 of the 13 Republicans who voted for the largest tax hike in Nevada history are not going back next year!

Tax-hiking Assemblymen Randy Kirner and Lynn Stewart chickened out and quit rather than face voters for re-election.

Tax-hiking Assemblyman Erv Nelson quit the Assembly and ran for the State Senate rather than face his constituents for re-election.  He lost in the GOP primary.

Tax-hiker Pat Hickey quit the Assembly and ran for the Board of Education.  He lost, too.

Both ran, but they couldn’t hide.

Tax-hiking Assemblymen David Gardner, Derek Armstrong and Stephen Silberkraus – the “Three RINOs” (Republicans in Name Only) – each drew serious conservative primary challengers who signed the Tax Pledge.  And each was “softened up” in those primaries by opponents and outside organizations who made sure conservative voters knew their true voting records.

The Three RINOs won their primaries.  But in the general election Gardner got crushed 55-44%.  Armstrong lost by just over 1,000 votes out of more than 25,000 cast.  While Silberkraus lost by 194 votes.

Had these guys not betrayed conservatives and their party’s principles, they probably would have won re-election.  But actions have consequences – and bad actions have bad consequences.  Good riddance.  Don’t let the door hit ya on the way out.

When the smoke cleared on Election Day, the tax-hiking Assembly GOP caucus lost a total of 10 seats – handing Democrats a 27-15 majority.  Which in itself resulted in one more conservative “payback.”  Tax-hiking Assembly Speaker John Hambrick not only lost the speakership, he was completely ousted from any leadership position in the GOP caucus.

November 8th was the political equivalent of the St. Valentine’s Day massacre for tax-hiking Republicans.  Hopefully GOP legislators will remember this day the next time they even think about voting to raise taxes.