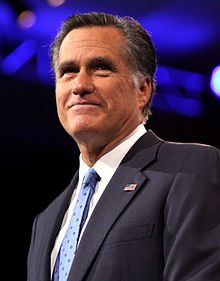 With the tug-o-war between establishments Republicans pushing for Mitt Romney (ugh) for Secretary of State and many Trump loyalists pushing for Rudy Giuliani, this might be a situation where the best course of action is to choose neither one.

“I have been told that I am under consideration to join President Trump’s team as Secretary of State,” Rohrabacher wrote on Saturday. “While my present intention, of course, is to continue to fight for liberty and freedom as a member of the House of Representatives, as a strong supporter of President-Elect Trump’s vision for America, it would be a privilege and an honor to serve as his Secretary of State.”

Breitbart News reports that Rohrabacher “is a senior member of the House Committee on Foreign Affairs and serves as chairman of the subcommittee on Europe, Eurasia, and Emerging Threats.”  So he’s extremely well-qualified.

Rohrabacher was also “a strong supporter of Trump during the election season” and “slammed Republicans who distanced themselves from Trump as ‘gutless.’”  So he’s definitely a Trump loyalist.

Breitbart is sponsoring an online poll asking readers who they support for Trump’s SoS.  You can cast your vote by clicking here.

P.S. Many of you really enjoyed the item I published the other day about how award-winning celebrity Paula Abdul overcame adversity as a kid and refused to let ANYTHING stand in her way of doing what she wanted to do and reaching her goals.

Such commitment and determination is quintessentially American, and a spirit we all need to champion, and our kids need to embrace, if we’re to make America great again.  Well, here’s another…

I know, it seems counter-intuitive.  But today’s lesson, in the form of a 2-minute video, comes from Sara Blakely, CEO of Spanx.

Blakely is America’s first female billionaire and was listed in 2014 as the 93rd most powerful woman in the world by Forbes magazine – so this is someone who knows what she’s talking about.

And have your kids, especially your daughters and granddaughters, read her bio on Wikipedia by clicking here.

* * * Another victim in the PC Wars: UNLV’s “Rebel Yell” student newspaper has been renamed “The Scarlet &  Gray Free Press” because the word “rebel” is too closely associated with the Civil War’s confederacy.

The new name sucks – no character whatsoever – but not as much as it sucks to see students succumb to pressure from politically correct ninnyhammers.

* * * So the guy who used his car and a butcher knife to attack and injure eleven people at Ohio State was a Somali immigrant who *might* have been influenced by ISIS to carry out his “lone wolf” attack on innocent Americans.

Hillary Clinton would have opened the floodgates to allow even MORE immigrants from known terrorist hotbed countries.  Another reason to once again draw a sigh of relief at how the election turned out!

Here’s How You Can Help Make Christmas Great Again!

The kids at Reynaldo Martinez Elementary School generally come from very low-income families who can’t afford the school uniforms or jackets for when the weather turns cold.  Almost all are on the free or reduced-price lunch program, and for most English is their second language.

Nevertheless, Principal Tim Adams and his staff continue to work modern-day miracles in educating these high-risk children.  Under their leadership and care, RMES has moved from a failing 1-star school to possibly ending up this school year as a 5-star school.

That’s the kind of “can do” spirit that’s needed to make America great again!

Our good friends Bobby and Sandy Ellis have again launched a private, voluntary $10,000 holiday season fundraising effort to assure that EVERY student gets a school uniform – with money left over for Mr. Adams to provide food for some of the poorest kids on weekends when they don’t get a school lunch.

Through the Thanksgiving weekend, Bob and Sandy have already raised some $5,500 towards their goal.  They hope to deliver the funds, as well as a Christmas toy for EVERY kid, at the school’s annual Christmas party on December 12th.

My kids save their change and dollar bills all year long to donate to this very worthy charitable cause.  And I hope many of you will join the effort to, um, pardon the phrase, make Christmas great again!

Make your checks, in any amount (even $10 makes a BIG difference) to: Reynaldo Martinez Elementary School and mail them to:

And if you have any questions or suggestions about the school and its programs, feel free to contact Principal Adams directly at TimAdams@interact.ccsd.net.  He really appreciates our support and likes hearing from the community.

“Don’t underestimate a woman who wants her butt to look better in white pants.” – Sara Blakely, CEO of Spanx