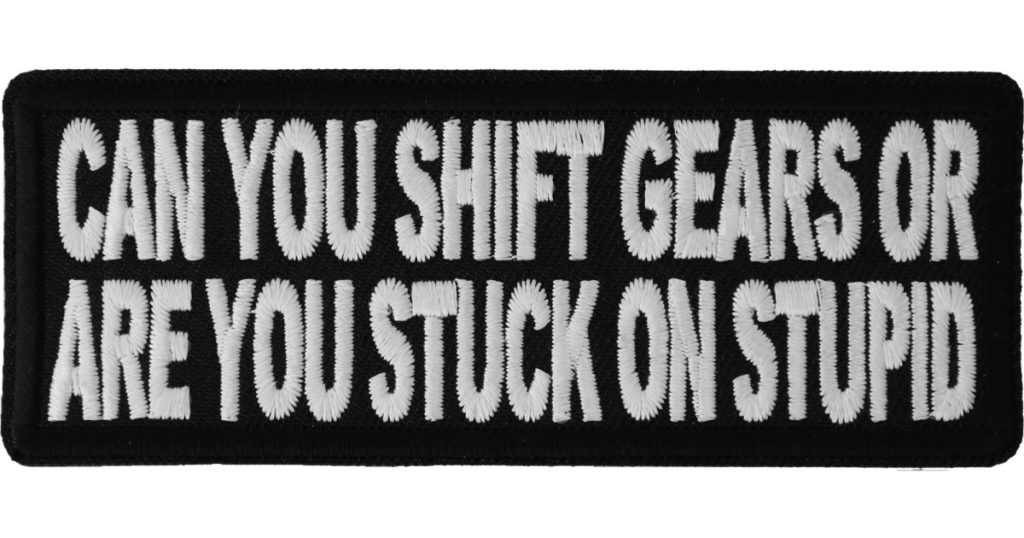 (Chuck Muth) – On Wednesday, the crack (or on crack) communications operation for the Nevada Republican Assembly Caucus actually put out the following statement…

“At the #SpecialSession Dems failed to pass legislation that would protect our economy and benefit all Nevadans. Instead they choose to protect unions and their special interest groups. Their poor planning and favoritism has only served to hurt NV.”

These folks have their heads where they can see their own pancreas.

Yes, it’s true the Democrats, who completely control the Legislature, passed a watered-down budget bill that that reduces the number of unpaid furlough days government employees must take from 12 to 6, all while hundreds of thousands of private sector Nevadans have been laid off completely; some permanently.

And yes, it’s true the Democrats passed a budget bill that restored merit pay for government employees even as the Department of Employment, Training and Rehabilitation (DETR) still can’t get unemployment benefits to tens of thousands of out-of-work Nevadans in the private sector.

And yes, it’s true the Democrats passed a budget bill that resulted in almost zero layoffs of government employees even as Nevada continues to lead the nation in unemployment in the private sector.

What a slap in the face to all the Nevada businesses and private sector workers who have been deemed “non-essential” by Gov. Steve Sisolak, Majority Leader Nicole Cannizzaro and Assembly Speaker Jason Frierson.

Seems kinda stupid to issue a statement slamming legislative Democrats for passing a bill that a majority of legislative Republicans voted for, as well.

In addition, legislative Democrats passed a “resolution” calling for a federal bailout to plug the hole in Nevada’s budget that’s been created by Gov. Sisolak, Leader Cannizzaro and Speaker Frierson.

But guess what?  Every legislative Republican, except Sen. Ira Hansen, voted or that bailout resolution.

So how can the Republican Assembly Caucus, with a straight face, blame Democrats for doing the same thing they voted for?  Makes absolutely no sense.

Look, there are two competitive Senate races and five competitive Assembly races on the ballot in November.

The Republican candidates running for those seats would LOVE to be able to tell voters on the campaign trail that Democrats have screwed up royally and they should give Republicans a shot to do better.

But how do you credibly claim Democrats voted badly, have failed to “protect our economy,” and are guilty of “poor planning and favoritism” when the overwhelming number of Republicans did the exact same thing?

The failure to recognize the political stupidity of giving the opposition party “bi-partisan” support for policies and legislation Republicans are now criticizing is mind-numbing.

What’s the point of electing more Republicans to the Legislature if the ones already there are going to vote like Democrats anyway?

The GOP isn’t called the “Stupid Party” for nothing.

And how did Democrats reward their Republican colleagues for “reaching across the aisle” and giving their ridiculous and insulting budget fix overwhelming aid and comfort?  Well, Speaker Frierson issued the following statement…

“For 11 days there has been an invitation extended to all to find ways to increase funding for public education, and for 11 days Senate and Assembly Republicans have sat on their hands, wasting everyone’s time.  We got nothing but political posturing.  At this late date and only after many hours of hard work, our Republican colleagues have chosen to support corporations over Nevadans.”

Talk about adding insult to injury!

Thank you, sir, may I have another?

What’s worse is that Speaker Frierson administered this bitch-slap right after it was revealed that the government employees’ union, AFSCME, coughed up a quarter-million dollars in campaign donations to legislative Democrats and their respective caucuses and PACs just days before the Special Session.

It’s not enough to simply elect more Republicans.  We need to elect better ones as well.

Unless conservatives gain the majority in the Assembly caucus and oust the “Three RINOs” who are running this political sh*t-show – Jill Tolles, Tom Roberts and Glen Leavitt – from their leadership positions, as well as clean house and replace the incompetent nincompoop staffers, especially caucus director Eric Roberts, who are steering this ship into the rocks, there’s no hope.

Republicans in Nevada are their own worst enemy.  Somebody throw in the towel.

“The Democrats have created Frankenstein’s monster, and that monster is out there roaming the countryside and bringing about destruction.  If the Democrat Party was smart, they would have gotten control of the far left, the progressive socialist left – Antifa, Black Lives Matter, which is nothing more than a Marxist front organization.” – Texas GOP Chairman Allen West