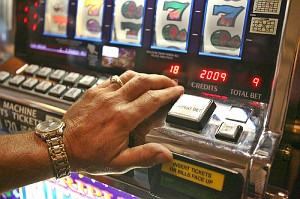 (Chuck Muth) – As the 2011 Nevada Legislature chugs along, the state’s gaming industry is being pulled into two brouhahas it probably never expected when the opening gavel came down last month.

The first is a proposal to allow Nevadans to play poker online against fellow Nevadans and/or non-U.S. residents around the globe. We’re told by proponents that this would not violate the federal ban on online gaming as long as the games remain taboo for Americans outside of Nevada, thus skirting interstate commerce concerns.

The devil is always in the details, but some kind of online gaming is inevitable. As George W might say, you can’t put the genie back in the toothpaste tube. And Nevada needs to retain its cutting-edge dominance in the gaming industry by jumping in front of this bandwagon now or risk ending up as the caboose.

Opposition to the proposal by Big Gaming in Nevada smacks of self-serving, short-sighted protectionism, but it’ll be tough for legislators to stand up to the state’s 800-pound gorilla in this company-owned town. However, considering the potential buckets of new revenue Nevada could generate without raising taxes on families and small businesses, perhaps now is the time for them to grow a spine.

And then there’s this unclaimed winnings issue.

Here’s the deal: A person playing, say, a slot machine, might unknowingly get up and leave the machine without cashing in a couple dollars worth of winnings. Indeed, you can find people wandering through casinos, going from machine to machine, just looking for unclaimed winnings to call their own.

Well, this week we learned that such nickels and dimes add up. Industry-wide around the state, there is estimated to be $20-35 million worth of unclaimed winnings each year. And at present time the casinos themselves are keeping that money and applying it to their bottom line. But a proposal by Assemblyman William Horne would take that money away from the casinos and….give it to the government.

Now, I can appreciate the argument that casinos keeping money they already lost is rather unsavory; however, the entire transaction is between a private customer and a private business. Under what bizarre sense of logic could the government possibly have any “right” to that money? Just because it “needs” it and wants it? I don’t think so.

Perhaps what casinos should be doing with the unclaimed winnings is donate it to a private charity of some sort. Or maybe use it to create a private fund for the purpose of providing underprivileged children school vouchers so they have a chance to escape our crappy government-run public schools.

But under no circumstance should that money go to the government. That’d be like giving the car keys to a drunken teenager. No good can possibly come of it.