Tale of the Tark: Underestimate at Your Own Peril

(Chuck Muth) – At this point it’s no longer a question of whether or not Nevada U.S. Sen. Dean Heller gets a Republican primary challenge but who it will be and whether they’ll be a viable alternative.

First, at this point in time – acknowledging it’s an eternity before the elections actually come around next year and anything can change – it seems Heller’s chances of getting re-elected fall somewhere between “fat chance” and “mission impossible.”

Five years ago he squeaked by deeply-flawed Democrat Shelly Berkley by 11,000 votes out of almost 1 million cast.  Almost 100,000 voters voted for either the conservative third-party candidate on the ballot or “None of the Above.”

It’s pretty safe to assume that whoever the D’s put up – whether it’s freshman Rep. Jacky Rosen or warhorse Rep. Dina Titus – they’ll hold onto the same votes Berkley got.  Not so for Sen. Heller.

Since that time he became a very public “Never Trumper” – thumbing his nose at the 512,058 Nevadans who voted for Donald Trump for president.  And that was also long before Sen. Heller voted against the exact same bill to repeal ObamaCare that he voted for in 2015.

When it comes to the general election, stick a fork in him; he’s done.  Too many “Never Hellers” out there now.  Which brings us to the GOP primary.

Nominating someone other than Heller now appears to be the only chance for Republicans to hold this seat.  If Heller opts not to seek re-election, odds are Republican Congressman Mark Amodei – who was Trump’s state chairman in the 2016 election and the only other GOPer in Nevada’s congressional delegation – would be anointed to run in his place.

But the odds of Heller stepping aside for the good of the party are as long as Pinocchio’s nose.  And the odds of Amodei challenging his colleague in a primary are just as long.  So a primary challenge will have to come from someone else.

Here in Nevada, the person most talked about for that role these days is Danny Tarkanian.

Of course, the knock on Tark is that he’s run so many times without winning.  So a lot of folks are dismissing his chances out of hand.   But that’s a big mistake.

While Tark has not yet grabbed the brass ring in a general election, he has won some pretty tough GOP primaries – including the one vs. then-State Senate Majority Leader Michael Roberson in that crowded Third Congressional District race last year.

And he only lost in the general election last year by less than 4,000 votes out of more than a 300,000 cast.  Although a Trump supporter, Tark clearly got hurt by all the other GOP candidates who threw Trump under the bus at the last minute.  Frankly, his loss in that race was out of his control.

Tark has three other general election losses under his belt; the circumstances of which bear deeper consideration.

His first was for a state senate seat in a big Democrat-majority district in which his opponent libeled him.  No, I’m not talking about “alleged” libel.  I’m talking about attacks in which a judge actually ruled that Tarkanian was literally libeled – a decision almost unheard of when it comes to political campaigns.

The second was for secretary of state when he took one for the team and challenged the son of a former Democrat governor who essentially had all the benefits of incumbency, including the financial support from Pop’s Rolodex and the grassroots network of then-U.S. Senate Majority Leader Harry Reid.

The third race was again in a district in which he had almost no chance to win – Nevada’s newly-created 4th Congressional District in which Democrats enjoyed a voter registration lead of over 25,000 voters. The only way Republicans won that district two years later was the “red wave” – which receded back to its natural state in 2016.

Speaking of that race, Tark won that 9-candidate GOP primary which included one candidate who was since elected Nevada Secretary of State and another who was subsequently elected Nevada State Treasurer.  So he didn’t beat a field of patsies.  He’s beaten rock-solid opponents.

In Tarkanian you’re looking at a very tough and very experienced campaigner who already has statewide name recognition and street cred among Republican primary voters.  In fact, Danny’s only lost one Republican primary election…EVER. 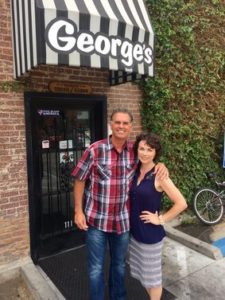 Anyone who doesn’t think Tark can win a GOP primary next year and go on to win the general in November should think twice.  ‘Cause that’s the same thing the pundits and conventional wisdom said about the man who currently sits behind the Oval Office desk in the White House.

Don’t get me wrong.  I’m not calling for a Heller primary…yet.  And I’m not endorsing anyone…yet.  All I’m saying is you underestimate Danny Tarkanian at your peril.