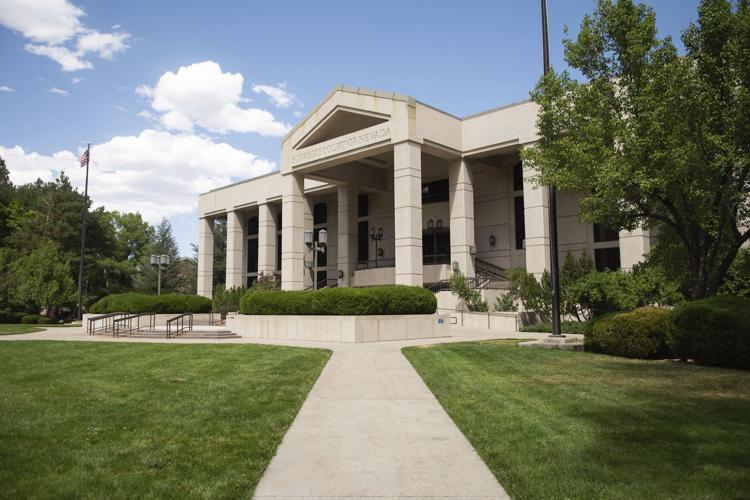 The Supreme Court of Nevada building is seen on the ninth day of the 31st Special Session of the Legislature in Carson City, Nev., on Thursday, July 16, 2020.
David Calvert/The Nevada Independent via AP

A Nevada district court judge last week declined a request to nullify the state’s election results from the Trump campaign’s legal counsel, which then appealed the case to the state Supreme Court.

The Trump campaign and the Nevada Republican Party failed to present the necessary evidence to prove widespread voter fraud throughout the state, the Supreme Court said.

“We also are not convinced that the district court erred in applying a burden of proof by clear and convincing evidence, as supported by the cases cited in the district court’s order,” Nevada Supreme Court justices said in their judgement.

“They never once presented sufficient evidence of widespread fraud. Yes, they spouted nonsense in the media,” Ford tweeted early Wednesday morning. “But they NEVER backed it up in court. That’s why they always lost. And that’s why they lost again tonight.”

The Nevada Republican Party responded to the court decision with disappointment.

“We are extremely disappointed in the [Nevada] Supreme Court’s decision to dismiss our appeal this evening. Few things are more important than the integrity of a presidential election,” the party said in a statement Tuesday. “We were not afforded an opportunity to write our brief or argue the case in front of the Supreme Court.”

“Full denial of legitimate due process and appellate rights is truly unprecedented, shocking and extraordinary,” the party added.

Nevada certified its election results on Nov. 24. President-elect Joe Biden won the state by over 33,000 votes.

The Center SquareJune 18, 2022
Read More
Scroll for more
Tap
What Congress Can Learn from Vietnam on Sugar Policy
You’d Have to Be Nuts to Follow NYC, LA’s Lead on Ending Cash Bail