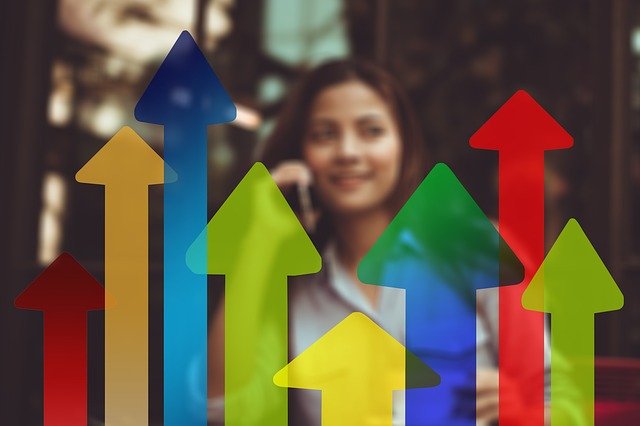 Until voters elected President Donald Trump to the Oval Office in 2016, our economy stagnated as American workers were forced to sit on the sidelines. Our jobs were shipped overseas to our foreign competitors. Terrible policies killed any chance we had of competing with nations like India and China as they became economic powerhouses on the world stage. All hope seemed lost as entire sectors of our economy started to die off.

But one must ask: Who is responsible for this devastating loss of jobs in the United States? If you want an answer to that question, look no further than Joe Biden.

The former vice president has a long history of supporting trade deals and policies that have wreaked havoc on our nation’s economy — and more specifically, Nevada’s economy. As a senator, Joe Biden voted for the horrendous trade deal known as NAFTA, and also voted to normalize America’s trade relations with China. These are decisions that killed thousands of jobs here in the Silver State. Biden helped lead the slowest American economic recovery since World War II as vice president, and for a good reason. He doesn’t know how to grow an economy.

Apparently it’s not enough that Biden spent decades ensuring that corporations shipped our jobs overseas in the past. He now wants to repeat those same mistakes and do it all again.

In recent months, Joe Biden has embraced the far-left radicals of the Democratic Party, and that includes their insane policies. Joe Biden recently announced a new energy plan ripped straight from the Green New Deal that he intends to enact if he is elected. His $2 trillion plan works toward eliminating the oil, gas, and coal industries from the American economy. To put this into context, these specific industries support nearly 50,000 jobs in Nevada and provide $4.3 billion to the state’s economy annually.

In comparison to Joe Biden’s failed track record on improving the economy, President Trump has worked at an unprecedented rate to bring jobs back to America — jobs that Biden’s policies forced out of the country. For example, President Trump signed the Tax Cuts and Jobs Act in 2017, which is responsible for saving the average Nevadan more than $1,300 on their annual federal income tax bill. And the president has eliminated seven regulations for every new one introduced — a move that is saving households over $3,000 per year and opening several industry sectors back up here in the United States.

President Trump is also responsible for replacing NAFTA with the United States-Mexico-Canada Agreement (USMCA). The USMCA is critical to Nevada, as exports to Canada and Mexico are worth $1.8 billion annually and support more than 100,000 of our state’s jobs. The President has spent the past three and a half years cleaning up the mess that Joe Biden left behind in his eight years as vice president and decades as a senator. During President Trump’s first three years in office, more than 134,000 jobs were added back to our state’s economy.

And despite the coronavirus pandemic artificially halting the economy’s growth earlier this year, we’re already making historic strides in the Great American Comeback. Over the last three months, more than 9 million jobs were added back to our economy, with over a quarter-million of those jobs coming back to Nevada. President Trump also created the Paycheck Protection Program (PPP) when he signed the CARES Act into law earlier this year. The PPP has protected more than 51 million jobs nationwide and 500,000 here in Nevada throughout this pandemic. In total, nearly 50,000 Silver State businesses received over $4 billion in forgivable loans from the PPP.

President Trump is the jobs president we need right now, and he has a proven track record as evidence. Meanwhile, Joe Biden has a nearly 50-year record of destroying American jobs as a career politician, and his proposed policies if he is elected will devastate our economy just as Americans are getting back on their feet. If you need another reason to vote for President Trump this November, just look at his economic record. He created the greatest American economy in history once before, and he is already on the path to do it again.

Elisa Slider is a Latinos for Trump Advisory Board Member.