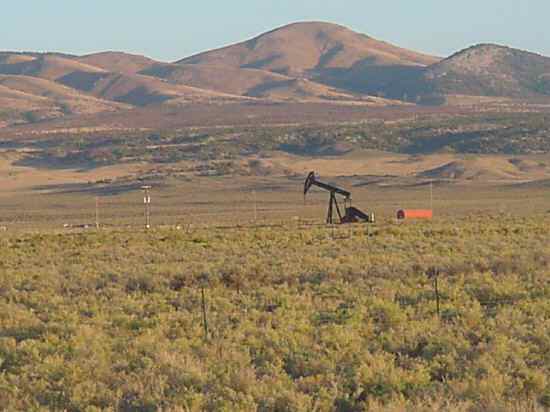 If the bill can pass the Senate and survive a threatened veto by Obama — that would require 290 votes in the House to overturn — it would create thousands of jobs, boast the economy, provide royalties to state and local governments from production on public land and further reduce the price of gasoline. Two Senate committees have approved lifting the ban, but Senate leadership has not indicated when the measure might come to the floor for a vote.

The export ban has been in place since 1975’s Arab oil embargo, even though the fracking boom has made the United States a world leader in oil production.

Nevada’s three Republican representatives — Mark Amodei, also a co-sponsor of the bill, Cresent Hardy and Joe Heck — all voted for the bill, while Democrat Dina Titus voted no.

“Lifting the crude oil export ban will create thousands of U.S. jobs for people desperately in need of work and lower prices at the pump for everyone else,” Hardy said in a statement. “Our nation is blessed with a vast array of natural resources that serve as a valuable component of a healthy economy if we strategically and responsibly manage their use. Opening the market to America’s crude oil will also send a signal to our European allies that they have another alternative to oil from Russia and – soon enough – Iran. This policy change is a win for us and our allies.”

Nevada’s stake in this game is partly due to the as-yet undeveloped Chainman Shale formation, which lies largely in a 100-mile radius around Duckwater — including almost all of White Pine County, major portions of Nye, Lincoln, Elko, Eureka and Lander counties, as well as parts of a couple of counties in Utah.

The formation is believed to be rich in oil, though most lies 2 to 5 miles underground, making drilling expensive, perhaps too expensive at current low prices for crude.

Members of the Western Congressional Caucus also praised the bill.

“Thanks to hard working Americans in the oilfields across the country, oil production has surged over the last few years,” said Rep. Steve Pearce, a New Mexico Republican. “Lifting the ban will help schools, hospitals, and local communities across the country that benefit financially from oil production. It will create and preserve good-paying jobs in areas where unemployment is high. It will help our allies overseas that are begging for our oil for stability while hurting those that wish us harm. The American energy renaissance has given a huge boost to New Mexico’s economy as well as the American economy; we must make sure that producers are given a fair chance to continue to compete. I call on the president to support this strong bipartisan effort and support this bill.”

Representatives of the oil industry said the bill, if eventually approved, would level the international playing field for American workers and businesses and the extra dollar or two for the price of crude oil would help the bottom line, which is currently being squeezed.

Industry analysts note, “The assumption that allowing crude oil exports would result in higher gasoline prices for consumers is not accurate. U.S. gasoline, unlike crude oil, is part of a globally-traded gasoline market, meaning that U.S. prices at the pump reflect global prices. At present, the current policy is discouraging additional crude oil supplies from being brought to market, which actually makes gasoline prices higher than they otherwise would be.”

Lifting the export ban could generate $1.4 billion in federal revenue over the next decade from federal mineral royalties, according to Congressional Budget Office. Those royalties are split 50-50 with the states, which means $1.4 billion also would accrue to the states.

Oil and gas industry analysts estimate lifting the ban could create nearly 400,000 additional U.S. jobs between now and 2030, with nearly a million jobs being created in 2018. Average disposable income per household would increase nearly $400 a year due to more jobs and lower fuel prices.

We urge our senators to also vote in favor of this measure and pressure the president to not veto it.