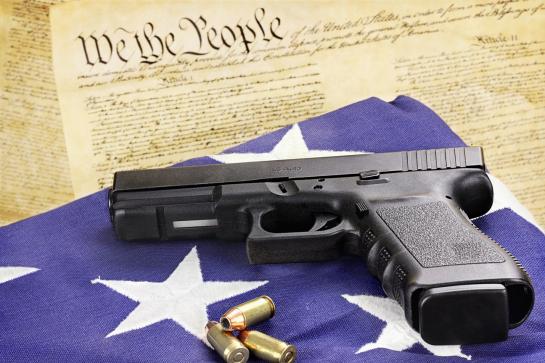 (Nevadans for State Gun Rights) – NO COMPROMISE ON GUN CONTROL

In 2013, the National Coalition to Stop the Gun Ban, comprising 39 state and national organizations, played a large role in forcing the NRA to withdraw support for the so-called “Toomey-Manchin compromise” on what was deceptively called “universal background checks” for gun purchases. As a result, S. 649 (“Safe Communities, Safe Schools Act of 2013“) spectacularly failed in a series of recorded votes which contributed to Republican takeover of the Senate in 2014.

Forged to deliver a “no compromise” on gun control to politicians and the NRA alike, the Coalition is swinging into action to fight gun control proposed last week by both Senate Minority Leader Harry Reid and by President Barack Obama. Participating organizations regard the so-called “universal background checks” as nothing more than a prelude to national gun registration.

As in 2013, any member of Congress who voted for or otherwise supports federal gun legislation will face coordinated action by coalition partners in upcoming elections. Significantly, Senator Kay Hagan lost her re-election bid in 2014 after voting for cloture on S. 649 and for the Toomey-Manchin measure.

NATIONAL PETITION WILL KICK OFF EFFORT

A nationwide petition drive will kick off Coalition efforts to: (1) Deliver a loud and clear message to Congress and the president that Americans reject new gun control; and (2) Build a base of hundreds of thousands of Second Amendment supporters.

With only two exceptions, since 1950 all of the mass shootings in the United States have occurred in “gun-free” victim disarmament zones where sociopaths know they can kill with impunity. The Coalition calls upon both federal and state lawmakers to deter violent crime and allow citizens to protect themselves by eliminating such zones.