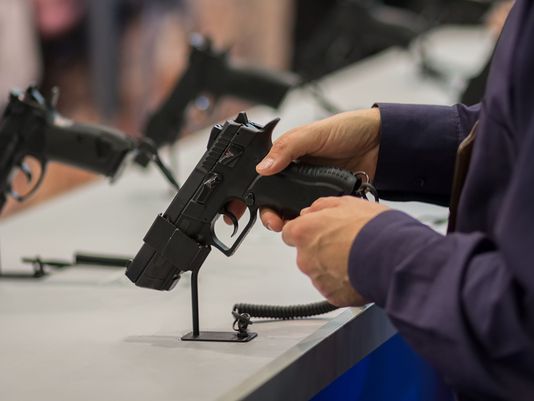 The gun background check has been suspended in Nevada. (Courtesy: Getty Images)

(Mark Robison, Reno Gazette-Journal) – The expansion of gun background checks approved by Nevada voters last month will not happen as expected, based on an opinion released Wednesday by the Nevada Attorney General’s Office.

Ballot Question 1 requires that private party gun transfers – with a few exceptions – be subject to a federal background check through the National Instant Criminal Background Check System administered by the FBI.

The FBI sent a letter Dec. 14 to the state of Nevada’s Department of Public Safety saying it would not conduct these checks. The department asked for a legal opinion on the letter’s ramifications.

Because the text of the new Background Check Act says private-party transfers and sales must be done through the FBI background check system, the Nevada Attorney General’s Office opinion states, “citizens may not be prosecuted for their inability to comply with the Act unless and until the FBI changes its public position and agrees to conduct the background checks consistent with the Act.”

In a statement, the attorney general’s office said, “without this central feature (the FBI background check), the Background Check Act cannot commence.”