New EU Migrants to UK could be sent home to avoid rise in immigration ahead of Brexit, claims David Davis

New EU Migrants to UK could be sent home to avoid rise in immigration ahead of Brexit, claims David Davis
N&V Staff 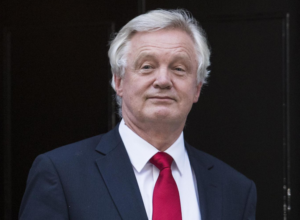 Secretary David Davis heads UK’s newly-created Department for Exiting the European Union to negotiate for Brexit or the withdrawal of UK from the European Union (EU), a move that would certainly yield a huge change in UK’s trade and commerce. (Courtesy: Independent)

(Will Worley, Independent) – Newly-appointed UK Secretary of State for Exiting the European Union recommended that new EU migrants would have to be sent back to their country homes before Brexit could take effect. This is in anticipation that immigrants populace would possibly blow up pending negotiations and arrangements of the ultimate withdrawal of UK from the EU membership.

UK’s withdrawal of its membership from the European Union (EU), which is now widely known as Brexit (short for the words Britain and exit), was the verdict of the people of UK in a referendum called for the purpose of determining whether UK should remain in or leave the bloc on June 23, 2016. The vote to leave won by 52% to 48%.

The referendum was the successful outcome of UKIP or the UK Independence Party, whose advocacy is the separation of UK from EU. It seeks for UK’s independence and freedom from the organization’s rules and policies, especially in terms of its economic trade and industry. It believes that UK could be more properly governed by its own leadership and without certain interference from the union.

Davis was the first secretary to be appointed into the seat to head UK’s newly-created Department for Exiting the European Union, which was purposely intended to settle Brexit. He was appointed on July 13, 2016 by Prime Minister Theresa May when the latter assumed office on the same day. May succeeded former Prime Minister David Cameron in consideration of his resignation.

Davis founded his suggestion on the “variety of possibilities” of the potential increase of travels into Britain because of Brexit. Nonetheless, he assured EU nationals who are presently in Britain of their rights during their stay within the territory.