Advised of possible conflict of interest between Jill McCabe candidacy and Clinton email investigation, Comey responded that he “has no issue with it” 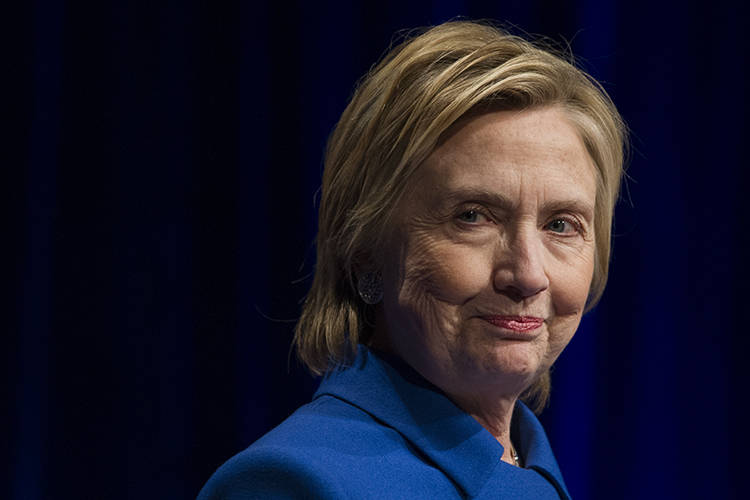 The news that Clinton used a private email server broke five days later, on March 2, 2015. Five days after that, former Clinton Foundation board member and Democrat party fundraiser, Virginia Governor Terry McAuliffe, met with the McCabes. She announced her candidacy on March 12. Soon afterward, Clinton/McAuliffe-aligned political groups donated nearly $700,000 (40% of the campaign’s total funds) to McCabe’s wife for her campaign.

An October 23, 2016, email shows McCabe running the response effort to a Wall Street Journal article that was published that day, titled “Clinton Ally Aided Campaign of FBI Official’s Wife.” McCabe provides Michael Kortan, the assistant director of Public Affairs, his version of a timeline of events surrounding the Clinton investigation and his wife’s campaign. McCabe said he contacted then-FBI Chief of Staff Chuck Roseburg about Jill McCabe’s candidacy and was told that “the D [Comey] has no issue with it.” (Judicial Watch earlier this month released documents showing that McCabe finally did recuse himself from the Clinton investigation only a week before last year’s presidential election.)

Internally, the Wall Street Journal article started a flurry of emails among Mrs. McCabe’s campaign, Kortan, Director McCabe, and the FBI’s General Counsel. Part of that exchange is an email from McCabe to someone in the General Counsel’s Office: “Sucks pretty much. Buckle in. It’s going to get rough.” The colleague responds, “I know. It’s awful. I shouldn’t be shocked by now, but I really am appalled.” McCabe also forwarded the article to Comey who responded, “Copy.”

On October 24, 2016, a memo was sent to all Special Agents in Charge, Assistant Directors, Executive Directors and the General Counsel’s Office regarding the Wall Street Journal article discussing campaign activities concerning Mrs. McCabe. Kortan suggested that questions could be referred to his office and he attached an “Overview of Deputy Director McCabe’s Recusal Related To Dr. McCabe’s Campaign for Political Office.” The Overview itself was previously reported by Judicial Watch.

The documents also show repeated use of the official FBI email system in connection with Mrs. McCabe’s political campaign. For example:

The documents include an October 2016 letter from House Government Oversight Committee Chairman Jason Chaffetz to McCabe questioning a possible conflict of interest by noting that Clinton headlined a Virginia fundraiser on June 26, 2015, for Mrs. McCabe. “A significant amount was donated after the FBI had initiated its investigation and begun meeting with Secretary Clinton’s attorneys in August 2015.”

The documents also show that FBI leadership was sensitive to reports of FBI internal dissent with then-Director Comey’s handling of the Clinton investigation. On October 24, 2016, Mrs. McCabe forwarded to Director McCabe a True Pundit article titled, “FBI Director Lobbied Against Criminal Charges For Hillary After Clinton Insider Paid His Wife $700,00.” The story reported that former FBI Executive Assistant Director John Giacalone resigned in the middle of the Clinton email investigation because he saw it going “sideways” and that Jill McCabe received money from a PAC headed by McAuliffe, who was under investigation by the FBI for campaign finance law violations. McCabe forwarded the article to Comey, noting “FYI. Heavyweight source.” Comey replied to McCabe, copying Chief of Staff James Rybicki, saying, “This still reads to me like someone not involved in the investigation at all, maybe somebody who heard rumors …”

The Senate Judiciary Committee and the U.S. Special Counsel have opened investigationsinto whether McCabe violated the Hatch Act and failed to properly disclose payments to his wife’s campaign on his ethics report. The Justice Department’s Inspector General is examining McCabe for failing to recuse himself from the Clinton investigation due to his meeting with McAuliffe.