NEWS FLASH: The American Dream is NOT Dead

NEWS FLASH: The American Dream is NOT Dead
N&V Staff 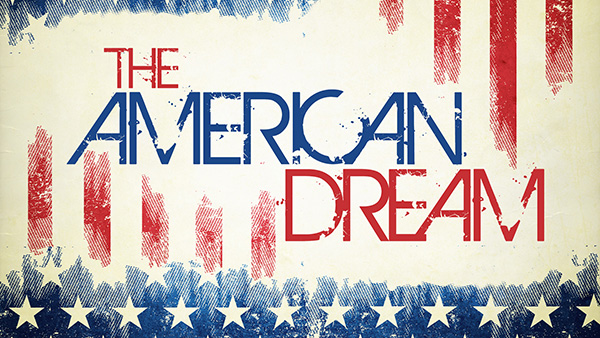 What a crock of shinola!

If anything, it’s not that the “dream” has disappeared, but the number of dreamers.

For decades now, liberals – especially in Hollywood – have been teaching our kids that “the rich” are evil and that society has created artificial barriers – race, gender, physical handicaps, family income, etc. – which prevent them from becoming successful.

They’ve discouraged “rugged individualism” and have foisted upon our youth a culture of entitlement and dependence on government.  Our schools teach kids, at best, how to get a job, not how to start their own business.  No wonder so many have given up hope for a better life.

But it doesn’t have to be that way.  When that Times story came out, I was attending James Malinchak’s marketing conference in Los Angeles with 300+ fellow small business owners and wanna-be entrepreneurs.  Here are two of their stories…

Amy Jordan was a dancer. Back in 2009 she was hit by a bus in New York City.  Her right leg “was completely crushed” and the doctor wanted to amputate it.  Amy refused.  Instead, a “nine-surgeon team began the arduous task of rebuilding my right leg, literally bit by bit.”

This was followed by years of excruciatingly painful rehab.  But today, Amy’s walking again.  More importantly, she found a way to overcome the obstacle and pursue her dreams by founding her own professional dance company.  Its slogan: “To make the impossible possible.”

Another young man took the stage and told the story of the successful business he created.  But he jokingly informed the crowd, “You have to come see me, because I can’t come see you.”  Why

And do you know what the most remarkable part of these stories is?  That they’re not all that unusual.  Ordinary Americans – who have been told by society and the media that they can’t do something – are doing it anyway, every day.

The American dream isn’t dead.  It’s just been smothered by losers who would rather you be a victim than a success.

If you’re a millennial – or anyone else – who wants to achieve the American Dream, here are three simple pieces of advice to start turning things around in your life…

1.)  Get up an hour earlier every day to give yourself an advantage over those who sleep in.

2.)  Read “The Magic of Thinking Big” by David Schwartz.

More importantly, ignore ANYONE who tells you you can’t do something – including family, friends and the Los Angeles Times.  Instead, keep these words of wisdom by Henry Ford in mind: “Whether you believe you can or can’t do something, you’re right.”

Now go grab your piece of the American Dream!