No Easy Fix to Election Hacking, But We Still Have Hope

No Easy Fix to Election Hacking, But We Still Have Hope
Ron Knecht 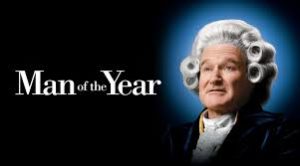 Several years ago, the movie comedy “Man of the Year”, starring the late Robin Williams, was based on a strange premise.  His character, a comedian on the presidential ballot in just enough states to carry a majority of the Electoral College, was elected president via a computer flaw.

The Robert Mueller Investigation into alleged collusion of the Donald Trump campaign and Russian hackers has wandered all over but not yielded a shred of known evidence about anything illegal involving that campaign.  However, it has noted some attempts by foreign operatives to hack into our election process, as well as much speculation and concern about the subject.

Any threat of interference, foreign or domestic, in our elections is a very serious concern.  Technological corruption of the electoral process is today perhaps a greater threat than any other in our history – except maybe those from Chicago.

We believe China may well pose the greatest threat to our cybersecurity from a foreign state actor.  The already documented illegal activities of the Justice Department and Federal Bureau of Investigation, as well as government intelligence agencies, show that America’s Deep State is at least as much a threat as anything to fair elections and our other liberties.  And there are enough domestic threats of hacking into modern voting equipment and software to constitute a real threat too.

So, it’s not only Russia.  The technological problems come from many sources and they’re growing.

One of the biggest and most frightening cybersecurity threats is the “zero-day attack”: an attack that exploits a flaw in software or a system that was, until the attack, unknown to those running the system.  There is no known defense for such a hack, as the definition dictates.  It’s essentially impossible to protect against such a threat.

However unlikely it is, a zero-day attack coordinated throughout the country on election day could have unimaginable consequences, way beyond the damage social media and other threats might do.  Imagine the chaos in our society and economy if that happened, just due to suspicion and uncertainty about the validity of the most basic process on which our constitutional republic depends.

Many major companies have been severely hacked, such as Yahoo, Target, Home Depot, and Equifax just to name a few.  And the federal government, itself, and state and local governments.  These events have become so commonplace that another big entity being hacked is newsworthy for only a couple of days.

Government as a whole trails the private sector in technology, including cyber protection.  Maybe it’s not a matter of whether the actual voting process gets hacked, but when.

What can be done?

One solution would be for all elections in our country to be conducted once again with hand-counted paper ballots.  That would eliminate all the machinery and software from the voting process and would virtually ensure no hacking.  It would not at all assure no vote tampering, and it might lead to even more suspicion about the results.  In any event, it won’t happen.

Even if the voting process were secure, social media such as Facebook, Twitter and even email would still afford foreign actors, the Deep State and others ways to influence our elections.  Educated voters are still the best solution to combatting those problems.

Moreover, most of us love technology.  We want to get quick answers to questions, find directions, or simply do remote communications with our phones.  Waiting days or weeks for final election results would be simply unacceptable.

The challenge is complicated by the fact information technology is moving really fast, especially in the past 20 years.  Recall that the 1996 Clinton-Gore campaign did not even have a website, and few campaigns used technology effectively until the 2008 Obama campaign.

However, ours is not a counsel of despair.  The white hats have done a fine job responding to the sinister plots of the black hats in this matter.  They’ve even begun to anticipate the bad guys’ next moves and counter them.  We can reasonably hope electing comedians happens only in movies.

Wouldn’t it be refreshing for the Mueller investigation to end and comparable resources be added to efforts against corruption of our election technology?

Sadly, we’re not holding our breath.