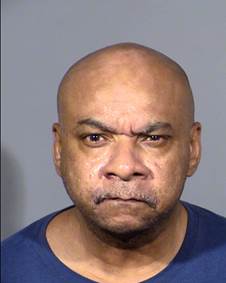 Nevada Attorney General Adam Paul Laxalt and Secretary of State Barbara Cegavske announced that Renaldo Johnson, 56, of Las Vegas, was sentenced for his role in a fraudulent voter petition scheme. Johnson had previously pleaded guilty to one count of Misconduct in Signing, Filing or Altering Petition, a category “D” felony. Johnson falsified the signatures of individuals on petitions to qualify the Nevada Green Party for general election ballot access in 2016, and then submitted those falsified petitions to be filed. While submitting those petitions, Johnson swore under penalty of perjury that the signatures were legitimate.

At the time of sentencing, Johnson was already in custody for failing to appear in court during a prior sentencing date. Eighth Judicial District Judge Jerry Wiese sentenced Johnson to Nevada state prison for a period of 12-34 months, suspended, and placed the defendant on probation.

“Today’s sentencing should send a strong message of deterrence to those seeking to undermine our electoral process,” said Attorney General Adam Laxalt.

“Ensuring the integrity of the petition process is a critical component of the duties of this office,” added Secretary of State Barbara Cegavske. “I am proud to say that, with the cooperation of the Crittenden County Sheriff’s Department in West Memphis, Arkansas, we are finally able to bring this individual to justice.”

Johnson is not the only defendant who has been prosecuted by the Office of the Nevada Attorney General for falsifying voter petitions. The Attorney General’s Fraud Unit prosecuted Patrick Duffy for similar conduct. Duffy has also pleaded guilty to Misconduct in Signing, Filing or Altering Petition, and awaits sentencing. Both cases were investigated by the Nevada Secretary of State’s office.

To view the Grand Jury Indictment against Renaldo Johnson, click here. To file a complaint about someone suspected of committing a fraud, click here.

N&V StaffAugust 14, 2022
Read More
Scroll for more
Tap
No Easy Fix to Election Hacking, But We Still Have Hope
What the Left Really Wants to Tell Us In Language We All Understand