Norquist: A National Sales Tax Is a Terrible Idea 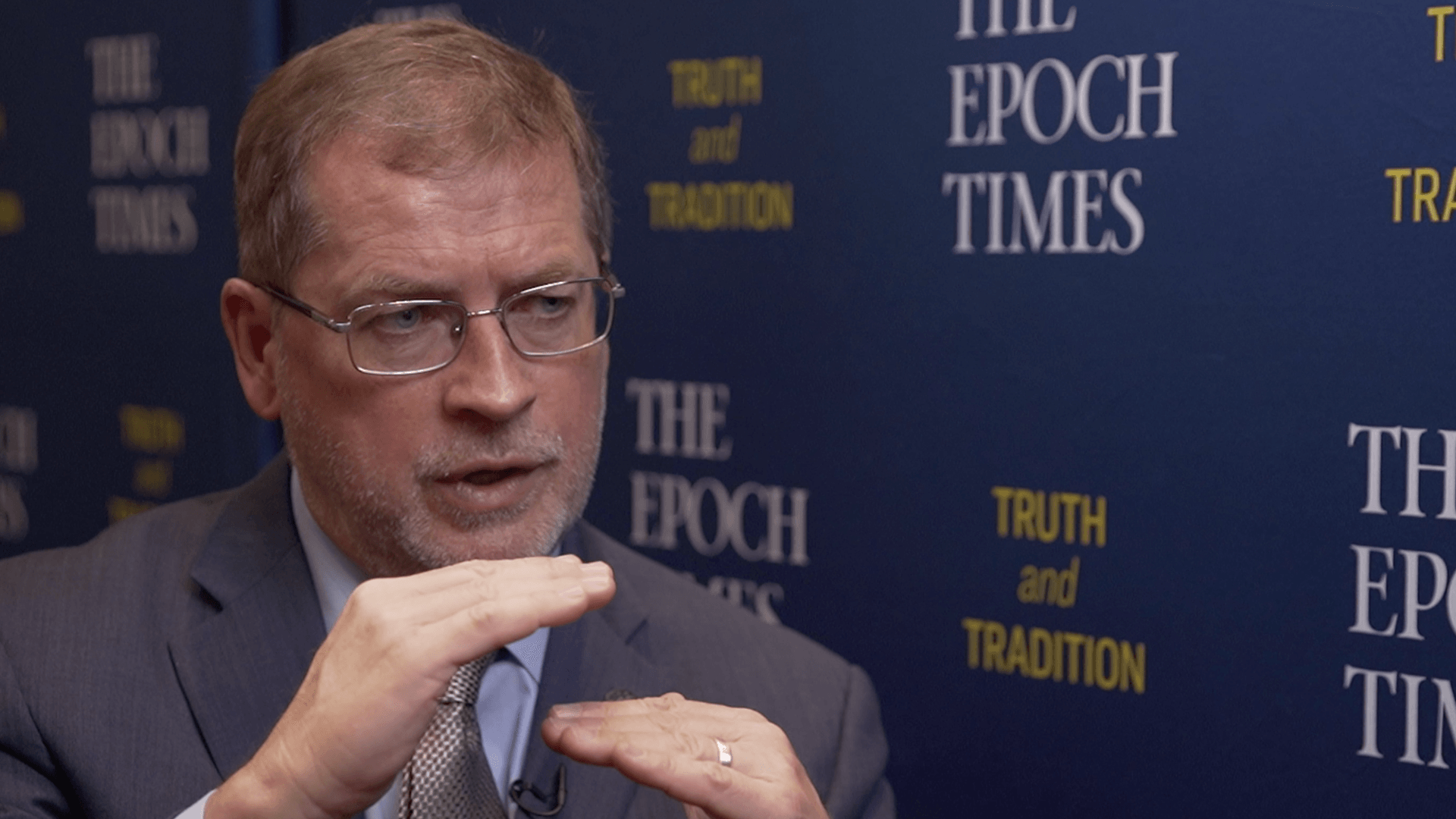 (Grover Norquist) – A small minority of House Republicans may force a vote on the creation of a national sales tax. This will needlessly give Democrats a political cudgel in exchange for a flawed bill with no hope of passing.

The Fair Tax Act has been introduced by a small handful of Republicans in every Congress since 1999. The bill proposes to abolish the Internal Revenue Service and eliminate the federal income tax. So far, so good. Unfortunately, the bill would replace the income tax with a 30 percent national sales tax on all goods and services and establish a giant new entitlement program. Problem.

Several, in fact. Replacing our current tax code with a national sales tax would create a system of double taxation on retirees. Take, for example, a 65-year-old who has spent a lifetime saving after-tax income and has retired, expecting to draw down that income without paying further taxes. Instead, they would now face a 30 percent sales tax on everything they buy.

Representatives seeking reelection may want to remember that people over the age of 65 tend to vote.

The Fair Tax Act would also strip any work requirements from the tax code – an approach that is completely antithetical to conservative principles. Under the bill’s plan, all households would receive a monthly check from the federal government regardless of earned income. Americans are still living with the negative effects that pandemic stimulus checks had on the labor market and supply chains; this plan would make those sorts of payments a permanent feature. In all but name, in fact, the Fair Tax’s “prebate” system would establish a universal basic income, one of the left’s favorite policies.

Fair Tax proponents typically frame the prebate as a replacement for the current standard deduction allowed under the federal income-tax code, as well as an advance refund on sales taxes that will be paid. But this argument carries little weight given that these payments would be untethered from taxpayers’ actual consumer spending. On its face, it’s hard to see how the prebate system does not amount simply to a huge new entitlement program.

Nor would the Fair Tax do anything to reduce the size of government. The bill would hand the job of processing payments to the Social Security Administration. Shuffling responsibilities and personnel from the IRS to the SSA does nothing to shrink wasteful bureaucracy, let alone make it small enough to drown in a bathtub.

Fair Tax proponents make two good points. They understand the need to end the double taxation of savings and investment in the present system, and they want to depoliticize the IRS workforce, whose union makes 95 percent of its political contributions to national Democratic candidates. But both problems are already addressed by other legislation widely supported by Republican House members.

The new Republican House majority’s first vote was to strip the IRS of most of the $80 billion promised by Joe Biden; Republicans have also called for investigations of politicization in the IRS. And an already existing conservative policy goal would enable individual retirement accounts to offer tax-free savings for all purposes, not just retirement, solves most of the problems with double taxation.

Despite all of these shortcomings, the Fair Tax Act’s lead sponsor, Representative Buddy Carter of Georgia, recently told reporters that as part of a deal to drop their opposition to Kevin McCarthy’s effort to secure the speakership, holdout members in the House had been privately promised an up-or-down vote on the bill. But, luckily, the Fair Tax Act has no hope of passing in the House.

In the 24 years of the Fair Tax proposal’s existence, House Republicans have declined to hold a single hearing or mark-up session in committee, let alone a floor vote. The number of lawmakers sponsoring the bill has actually declined with each Congress, falling from a peak of 76 House Republicans in 2015 to 24 today. The Fair Tax effort is not gaining momentum but losing it.

The bill probably won’t even get a vote in committee: Republican opposition is reportedly so strong that Carter is likely to soft-pedal the bill to avoid the embarrassing spectacle of Republican committee members unanimously rejecting it. But should the bill somehow reach the floor of the House, it is safe to assume that roughly 90 percent of Republicans will vote against it. In addition, the bill would stand no chance in the Senate, and the president has said he would veto it.

None of this has stopped Democrats from seizing the opportunity to claim that Republicans now want to raise taxes on the poor and middle class. President Biden bludgeoned Republicans from the presidential podium a week after it was reported that the bill would receive a vote. “National sales tax – that’s a great idea,” he said sarcastically. “It would raise taxes on the middle class by taxing thousands of everyday items, from groceries to gas, while cutting taxes for the wealthiest Americans.”

Later, Biden’s chief of staff openly mocked Carter on Twitter for his statement that if consumers don’t want to pay a 30 percent sales tax on some item, then “don’t buy it. It’s as simple as that.” Democrats are right to be confident they have the winning message there.

In fact, the Fair Tax Act has a long record of proving politically toxic. Back in 2010, The Wall Street Journal’s editorial board noted that Democrats had made effective use of the issue against Republican proponents of the Fair Tax: “These Democratic attacks are unfair and don’t mention the tax-cutting said of the proposal, but the attacks seem to work … voters rightly suspect that any new sales tax scheme will merely be piled on the current code.”

The past election cycle showed how Democrats are still succeeding in tagging mainstream GOP candidates with unrepresentative minority positions on tax policy. Before the midterms, Senator Rick Scott of Florida put out a list of policy ideas that included a remark that all Americans “should have skin in the game” when it comes to federal income taxes. (Currently, only about half of American households pay federal income tax in any given year.)

Even though Scott ultimately dropped the point, his status as chairman of the Senate Republican Campaign Committee gave Democrats what one Democratic operative called a fundraising “godsend,” enabling attack ads that painted all Republicans as plotting to raise taxes on retirees and low- and middle-income Americans. Republican candidates were forced to spend time and money distancing themselves from a proposal they did not support.

Such episodes risk undoing Republicans’ careful work over three decades of creating a clear contrast with the Democrats on taxes: Republicans won’t raise your taxes; Democrats will.

Keep in mind that eight states already have no personal income tax, nine states have a flat-rate income tax, and 10 states have a Republican leadership committed to phasing out personal income tax, first to a flat-rate tax and then to none. These states are paying for these policies with long-term efforts to keep spending below what can be sustainably funded from economic growth and revenues from sales and property taxes. The model for success over the past 10 years is North Carolina. More income-tax free states will eventually raise the question for voters nationwide: Why do we need a federal income tax?

All of this progress could be undermined if the Fair Tax proponents have their day. Imagine what Democrats will be able to do if they get the opportunity of an actual House vote on a federal sales tax. The Democratic Congressional Campaign Committee has already taken aim at House Republicans in competitive seats in recent elections with negative ads focused on the Fair Tax.

To mitigate the political damage already done, Republicans need to kill the bill. Denounce it. In public. Loudly. This may seem harsh, but it’s no less than the Fair Tax deserves.

Mr. Norquist is president of American for Tax Reform in Washington, DC. This column was originally published in The Atlantic.

FTC to Eye Docs: Give Patients Their Prescriptions