“Not Mitt Romney” Coalition Launches with a Bang

“Not Mitt Romney” Coalition Launches with a Bang
N&V Staff 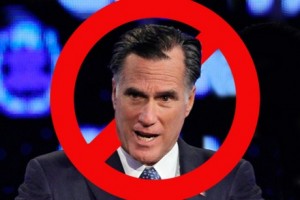 (NN&V Staff) – The “Not Mitt Romney” (NMR) coalition, which is made up of conservative activists, operatives and bloggers and is dedicated to preventing moderate Mitt Romney from winning the 2012 Republican nomination, earned major media coverage in the first day.

Perhaps most significantly, Red State’s Erick Erickson, while completely independent of this coalition effort, echoed many of the NMR Coalition’s main arguments against Romney in a major post this morning, “Mitt Romney as the Nominee: Conservatism Dies and Barack Obama Wins.”

“Erick’s Red State posting reflects the notion that many of us feel isn’t being represented in the press and certainly not among our detractors — that while Conservatives are just as worried about putting up a viable candidate, we are more worried with the electoral college than Romney supporters who are quick to cite national polls that he is now losing; we fundamentally want to win,” said Ali A. Akbar, a co-founder of the NotMittRomney.com coalition.

He went on, “to put this in a historical effort, this has never been done this early. Reagan organized counties too late with a rag-tag group. Conservatives tried to block Cain too late giving Romney half-hearten endorsements after South Carolina. We’ve started organized now and will build a machine that the viable alternative to Romney will be able to take up and win come Super Tuesday.”

The www.NotMittRomney.com coalition has a national op-ed on FoxNews.com today, continuing their outreach to the conservative and Republican base and to voters. The website garnered tens of thousands of visitors since its initial release Sunday morning and organizers say they plan to use their list to organize virtual phone banks, initially targeting states like Iowa and Florida.

“It is now becoming okay for conservatives to speak out against Romney,” said coalition cofounder Matt Mackowiak.  “We need the silent majority of American conservatives to go from ‘unenthusiastic’ about Romney to courageously opposing him.  We all desperately want to defeat President Obama and Mitt Romney will not do that because he cannot do that.  This election is a once in a lifetime opportunity to save America.  Nothing is as important.”

The coalition, which was publicly created by 20 individuals, launched http://www.NotMittRomney.com on November 6, 2011, the one year anniversary of Election Day 2012.  On the site, the public may sign an online petition agreeing that “Mitt Romney should NOT be OUR nominee,” access information about Romney’s career of flip flopping on major issues and invite others to join the effort.

This coalition is not paid for by any candidate campaign or Super PAC, but rather is organized solely by its creators, who include supporters of many of the other conservative candidates who are running and some who remain undecided.

At such time as when this coalition effort meets the requirement that it must file with the FEC, it will do so.  To date it has been created by the volunteer efforts of its creators.