NPRI: Five lawmakers will determine if you’re hit with the largest tax hike in Nevada history 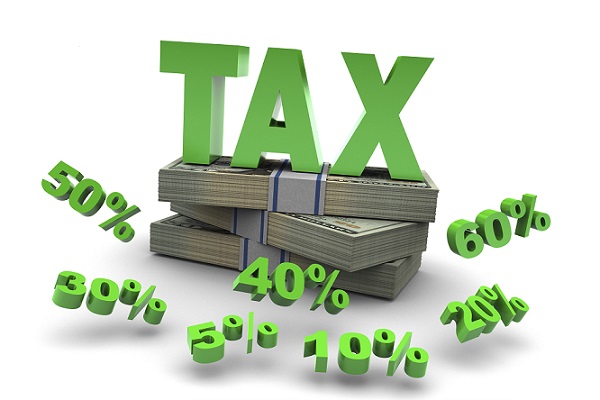 (Victor Joecks of NPRI) – Whether Gov. Brian Sandoval gets to impose the largest tax increase in state history on Nevadans is going to come down to whether he can induce a handful of lawmakers, who are currently on the fence, to go with him.

The lawmakers believed to be on the fence about tax hikes are Assemblymen Erv Nelson, P.K. O’Neill, Glenn Trowbridge and Chris Edwards. Assemblyman Stephen Silberkraus also appears to still be considering whether he wants to support Sandoval’s largest-tax-hike-in-history plan, or vote in favor of taxpayers who are adamantly opposed to such tax increases.

Each of those lawmakers is aware of the hundreds of millions of dollars in waste that Sandoval’s budget contains. They’ve also demonstrated enough personal courage to withstand the kind of political pressure that’s being applied.

So far, they have not yet publicly announced opposition to the largest tax increase in Nevada history. Those five are, however, the most likely to do so.

Because of the Gibbons tax-restraint amendment voters added to the Nevada Constitution in the 1990s, all tax increases require two-thirds approval in each of the Legislature’s two chambers — the Senate and the Assembly. Now that the state Senate has already passed over $1.3 billion in tax hikes, the Assembly is taxpayers’ last chance to stop the largest increase in state history.

Twelve Assembly members have announced their support of the Knecht/Wheeler alternative budget that requires no new taxes.

Ira Hansen has also made known his opposition to $1.3 billion in tax hikes.

That’s 13 “no” votes, although pressure will still be put on some and promises will be made to others. Those most likely to have their arms twisted are David Gardner, James Oscarson and Victoria Seaman.

It’s important to note the differences between the current tax plans. After O’Neill publicly stated his opposition to the governor’s first gross-receipts tax scheme, SB252, that plan died.

So Sandoval is now pushing for a $1.5 billion tax hike that includes a modified version of AB464 combined with SB483, which makes the so-called “sunset” taxes permanent and raises the cigarette tax by $1 a pack.

Neither Nelson, O’Neill or Trowbridge have taken public positions regarding the size, if any, of a tax increase they would support.

If you want to prevent a bigger burden on Nevada taxpayers, call and email these lawmakers and politely ask them to publicly oppose these tax increases:

On Friday, Assemblyman Chris Edwards called for $1.5 billion in reductions to Sandoval’s proposed education spending increases. On Saturday, as lawmakers on the legislature’s money committees closed the education budgets, Edwards voted against some of the wasteful spending he’d highlighted.

Legislative leadership is trying to ignore Edwards’ hard work, and will — unless Edwards forces their hand by opposing tax increases — shelve his proposals.

Taxpayers wishing to thank Edwards for identifying waste and politely encourage him to stand strong against tax increases can contact him at Chris.Edwards@asm.state.nv.us, 775-684-8857.

During his campaign, Stephen Silberkraus said, “Instead of always looking to raise taxes, we must work on growing our economy, and in doing so create a more sustainable system for our state in the long term.”

So far, however, Silberbraus has given no public indication that he will oppose the largest tax increase in state history — while Assemblyman Pat Hickey has been saying that Siblerkraus has already joined Sandoval’s “team.”

Taxpayers wishing to remind Silberkraus of his desire to look for alternatives to tax increases can contact him at Stephen.Silberkraus@asm.state.nv.us, 775-684-8855.

Some of those lawmakers — like Kirner, with his AB182 and AB190 — have worked very hard on needed reforms. Since Sandoval must depend on the votes of those seven to pass his tax increases, Kirner, Hickey and other legislators in that group have remarkable leverage to demand reforms — should they choose to do so.

Currently, Sandoval shows no interest in compromise or in passing many seriously needed reforms.

Nevadans, therefore, need to encourage the five lawmakers listed above to get off the fence and stand tall.

Mr. Joecks is executive vice president at the Nevada Policy Research Institute. He oversees the execution of the Institute’s strategic plan and policy initiatives. NPRI is a non-profit, nonpartisan think tank that produces and shares ideas and information that empowers people.  For more information, please visit www.NPRI.org.