Obamacare is breaking down and bleeding tax money

Obamacare is breaking down and bleeding tax money
N&V Staff 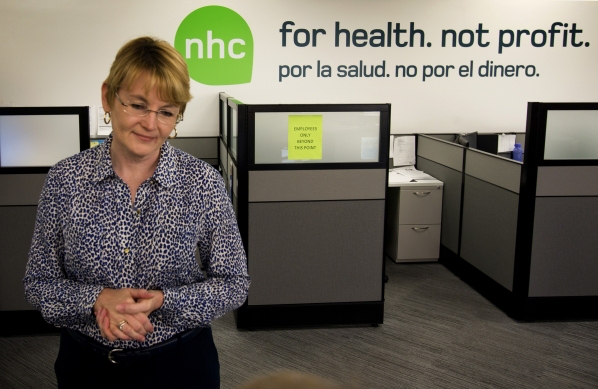 (Thomas Mitchell) – Obamacare is a black hole into which taxpayer money is being poured.

It is bad enough that the union-backed Nevada Health Co-op has gone belly up with little chance of it ever repaying its $66 million federal start-up loan, since it lost $42 million in the past year and a half, but it also managed to blow through $10 million in taxpayer money in 2014 through the Transitional Reinsurance Program, which is supposed to pay 80 percent of claims in excess of $45,000 and up to $250,000. This amounted nationally to $7.9 billion in 2014, on top of the $2.4 billion in loans to start-up those 23 co-ops, like Nevada Health Co-op, several of which have already failed and all but one are losing money.

According to the Federalist, the administration arbitrarily decided to pay 100 percent of those high-cost Transitional Reinsurance Program claims, but it still wasn’t enough to cover the Nevada co-op’s expenses.

The co-op was one of two insurers in rural counties offering plans that allowed low-income customers to qualify for tax credits toward the price of the plan, but state officials say there should be other options in the rural areas by the time the co-op closes on Dec. 31.

The Nevada co-op reportedly had an administrative expense-to-premium ratio of 37 percent — almost double the 20 percent allowed by law — partly due to sky-high salaries paid to executives with ties to a union that represents casino workers. The co-op in 2013 paid more than $1 million to just three executives. That might be one place to start looking for a way to recoup taxpayer money.

The Las Vegas Review-Journal quoted an insurance executive who explained that most insurers require a 90-day waiting period to discourage people from waiting to sign up until after they become ill, but the co-op started with no waiting period and later went to a 30-day window in 2014, thus creating a costlier clientele.

Noting the Nevada co-op failure, Rick Moran at The American Thinker predicts, “The failure of the Nevada co-op serves to highlight the booby traps that are still in Obamacare — too few healthy people paying for too many sick people. Eventually, the numbers won’t add up for anybody, and the system will be threatened with collapse. At that point, Democrats will claim that the only salvation for the program will be a single-payer system run entirely by the government.”

That’s been the plan all along, as Nevada Sen. Harry Reid once admitted. Asked on public radio two years ago if the country will eventually work beyond private health insurance, Reid enthusiastically replied, “Yes. Absolutely, yes.”

Reid said the country has to “work our way past” private health insurance.

“What we’ve done with Obamacare is have a step in the right direction, but we’re far from having something that’s going to work forever,” Reid was quoted as saying by the Las Vegas Sun. “We had a real good run at the public option … don’t think we didn’t have a tremendous number of people who wanted a single-payer system,” but he could not get enough votes then.

Perhaps Democrats will have a better shot once the system is totally broken. We ask our Nevada delegation in Washington, other than Reid, to continue looking for ways to repeal and replace Obamacare.