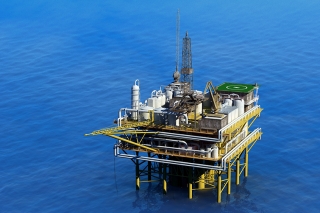 (Bill Wilson for NetRightDaily.com) – Government-run energy policy in this country has been a debacle. From the “green jobs” scam of Left Coast solar companies like Solyndra to the ravaged heartland of Iowa (where government ethanol mandates have done tremendous environmental damage) — the failed central planning and false promises of Washington, D.C. eco-radicals should be painfully self-evident.

But this isn’t another column assailing the rogue bureaucracies of Barack Obama. For once, the Obama administration is actually doing something right — agreeing earlier this year to allow offshore drilling in the Atlantic Ocean from Virginia to the Georgia/Florida border as part of the U.S. Department of Interior’s upcoming five-year leasing plan.

Great news! Or so it seemed, anyway. Unfortunately so-called “conservatives” in some of these coastal states are trying to block the Obama administration’s decision to permit offshore energy exploration. Take Mark Sanford, the former South Carolina governor who will be forever remembered for that hike along the Appalachian Trail — the one he never took. The “Republican” congressman from the Palmetto State has flip-flopped on supporting offshore drilling — citing “potential impacts on the environment” including “large blocks of untouched coastal estuarine areas.”

Politicians like Sanford are kowtowing to liberal eco-radicals who would have us believe offshore drilling — and the “seismic air gun” exploration technique associated with it — is harmful to marine life.

“Seismic airgun testing currently being proposed in the Atlantic will injure 138,000 whales and dolphins and disturb millions more, according to government estimates.”

That’s a quote from eco-radical Samantha Siegel — who was promoting a recent appearance in South Carolina where she would “talk about the decision to open up the East Coast to seismic testing and offshore drilling, and what we can do to stop it.”

Is Siegel telling the truth? Not hardly. Months before her comments were published, the U.S. Bureau of Ocean Energy Management (BOEM) definitively stated, “There has been no documented scientific evidence of noise from air guns used in geological and geophysical seismic activities adversely affecting animal populations.”

In fact two months ago, the agency (politely) called out Siegel and others for spreading false information.

“BOEM’s conclusion regarding the impact of these surveys is in stark contrast with public statements citing BOEM research and asserting that many thousands of marine mammals will be killed or injured through these surveys,” the agency noted. “This characterization of our conclusion … is not accurate.”

Agency leaders affirmed all this under oath during testimony before the U.S. House.

Of course, none of this is stopping eco-radicals from continuing to spread their fiction — nor is it keeping gullible politicians from being manipulated by the misinformation.

The truth is the economic benefits of offshore drilling in the Atlantic far outweigh the environmental risks. Last fall, a report from the Palmetto Policy Forum — a think tank started by former U.S. Senator Jim DeMint — determined that oil and gas drilling from Delaware to Georgia would generate anywhere between $10.8 billion to $60 billion in economic value (and anywhere between $2.1 billion and $11.6 billion in tax revenue).

Meanwhile environmental effects — air emissions, carbon pollution, and the possibility of cleaning up an oil spill — ranged from $395 million on the low-end to a worst-case scenario of $19 billion. Bottom line? The shrill eco-radical refrain — which holds that coastal drilling is “not worth the risk” — is every bit as false as the environmentalists’ disproven claims about marine life.

Americans support offshore drilling. They know it is critical to our economic future and to our national security — and for once the federal government is actually acknowledging as much and getting out of the way.

The last thing we need now is for “conservatives” to balk at this historic opportunity by caving to a liberal PR offensive based on demonstrable falsehoods.