On What Planet is an Illegal Alien Killing Our Citizens a “Win” For Nancy Pelosi?

On What Planet is an Illegal Alien Killing Our Citizens a “Win” For Nancy Pelosi?
Penny Press

Anybody who thinks that President Trump lost the battle over the Government shut-down—from Ann Coulter to Nancy Pelosi—is smoking crack. 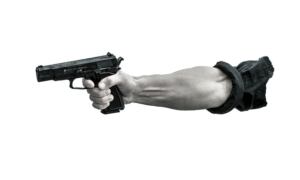 The polling by the media says he lost.

Interesting that those polls are the same polls which had Hillary Clinton winning the Presidency by seven points.  Most of those polls ask questions of about a thousand people who are supposed to represent the views of 150,000,000 or so voters.

They tell the Trump-hating media exactly what it wants to hear.

Let’s look at both sides of the coin.

Pelosi acted like the entitled child she is.  Her way or the highway.  A wall is “immoral”.

And then there are the Ann Coulter alleged “conservatives” who want to tell the President how to negotiate with absolutely no skin in the game.  Ms. Coulter has never done a serious day’s work in her life except for her bloviating.  Nobody ever explained to her that bloviating is easy—governing is hard.

The President actually has to be the President.  All Coulter—and her friends—have to do is keep blowing through their pie holes.

Here are the facts:

This isn’t a decision to be made in Washington, New York, Los Angeles of San Francisco. This decision will be made in places like Muscatine, Iowa, Elko, Nevada, San Antonio, Texas, Charlotte, North Carolina…in short, anywhere BUT the big, liberal, costal cities.

Frankly, if President Trump is forced to declare a national security emergency, nobody will be able to say that he did not give Congress a chance to fix the problem.  And if it goes to the Supreme Court, the record will be very clear.

When you hear or see in the media that Nancy Pelosi was the “winner” of this episode, you are hearing that from people who live in and breath the air of Washington DC.  In short, people with a very limited relationship with reality.  They are the same people—even on Fox—who think we’re stupid and they are the font of all knowledge.

Keep in mind that even as the shutdown ended because the children we sent to Congress at $170,000+ a year couldn’t sit down and fix a vastly broken immigration system, four people within just miles of where I live were killed by an illegal alien who sought to steal their valuables.

In a world where our leaders care more about national security than political advantage and hating the President, this clown would have never made it into the country.

If allowing people into our country to kill our citizens is a “win” for Nancy Pelosi, then to hell with her and her friends.