Opportunity missed to protect Medicare from its greatest threat 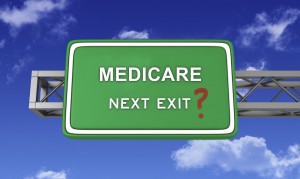 The flawed Sustainable Growth Rate (SGR) is currently the single greatest threat to the Medicare system.  In 1997, as the costs of Medicare grew, Congress created the SGR formula in an attempt to control Medicare spending on physician services. However, the formula did not properly account for the skyrocketing costs of providing medical care.

So, since 2003, Congress has had to pass temporary patches to avoid dramatic pay cuts for doctors who treat Medicare beneficiaries. This year, the SGR formula should have triggered a government-mandated 24 percent cut in reimbursement rates. Cuts of that magnitude threaten access to care for seniors who rely on Medicare because they result in doctors reducing their Medicare practice or even dropping Medicare patients altogether.

On Thursday, the House of Representatives passed another one-year funding patch for the formula that calculates Medicare reimbursement rates for doctors, which was set to expire at the end of March. Another temporary fix of the SGR formula does nothing to secure permanent access to care for our seniors and does not remove the cloud of uncertainty hanging over healthcare practitioners.

After months of bipartisan, bicameral efforts to repeal the SGR and replace it with a better permanent reimbursement system, yet another temporary extension represents a major missed opportunity and an institutional failure of Congress.

Medicare practitioners are concerned about the future of their practices and were counting on Congress to enact a permanent SGR fix. As a physician, I am aware of the unique challenges medical professionals face as they endeavor in what for many is a lifetime calling – taking care of people. Few of us go into the profession for the money. We press through medical school, clinical rotations, and residencies because we want to make communities healthier and improve quality of life for our patients.

However, when I speak with fellow physicians, they express grave concerns over how the SGR could impact their ability to practice medicine and continue to treat Medicare patients.

This year we were closer to finally fixing the flawed SGR formula than at any time in recent history, and the conditions were right to take meaningful, permanent action.

In 2013, the Congressional Budget Office downgraded the projected cost of repealing the SGR and replacing it with a more sustainable payment model from $297 billion to $138 billion. This opened the door for the House Energy and Commerce and Ways and Means Committees, as well as the Senate Finance Committee, to draft legislation containing the unified policy of repealing the SGR and moving Medicare towards a payment model that rewards quality of care, not quantity.

Having twice introduced bipartisan SGR fix legislation myself, the progress being made on this critical issue by the committees of jurisdiction was encouraging.

Two weeks ago, the House passed legislation containing the right policies: an SGR repeal and five years of payment updates. It was also the fiscally responsible thing to do. Since 2003, Congress has spent over $150 billion on short term SGR patches. The permanent fix bill passed by the House would be a onetime cost of $138 billion.

While the bill contained a pay-for the Senate would not accept, there was time for the Senate to pass legislation and merge the two versions in a conference committee. Instead, the Senate chose inaction, fiscal irresponsibility, and the continuation of a flawed policy.

It is extremely frustrating that all of the progress made towards finally enacting a permanent fix to the SGR was stopped due to the Senate’s failure to act. This latest short-term patch is a major disappointment for the physician community but more importantly, it let our seniors down.

Heck has represented Nevada’s 3rd Congressional District since 2011. He sits on the Armed Services and the Education and the Workforce committees. He is an osteopathic physician.