Our Analysis of Nevada’s 2018 General Election 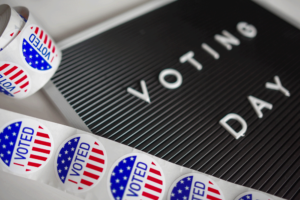 We’ve seen analyses of what happened in Nevada’s 2018 general election and heard various claims and characterizations.  Under our leadership, the controller’s office has been known as nerd central because we rely on numbers, facts and quantitative analysis, instead of glittering generalities and snappy narratives.  So, let’s do that for the election results.

In 2014, the Republicans swept all six state executive offices and both houses of the legislature and many folks proclaimed the Big Red Wave.  As beneficiaries of that election, we even said that.  It’s important not to always believe your own press clippings, as we’ll show.

The most telling figures to explain the last two mid-term elections – that is, those between the presidential elections – are the turnout statistics.  According to figures on the secretary of state’s web site, in 2014 the total turnout was 552,326 voters of the 1,212,327 active registrants, or 45.56 percent.

That year the six Republican candidates for executive offices (governor, lieutenant governor, secretary of state, treasurer, controller and attorney general) averaged 299,334 votes, while the Democrats averaged 206,310.  Ron’s election was in the mainstream, as he got 282,674 votes to Andrew Martin’s 202,573.  (Controller races tend to collect the most under-votes of any executive office.)  Ron’s total vote was third and closest to the average for the Republicans.

Everyone acknowledged at the time that it was a low turnout and laid that off to a poor showing by the Democrats.  And invented the Big Red Wave.

This year the total turnout was 976,164 voters of 1,561,515 active registrants, or 62.51 percent.  The progressives, Democrats and RINOs (Republicans in name only), plus their amen corner in the mainstream media, immediately alleged a poor Republican showing and sought to blame President Trump – as they do these days about almost everything.

But sober analysis of the actual numbers showed it was a strong, not weak Republican effort because the average Republican vote for the six offices increased by 49 percent from 299,334 votes to 446,739.  Ron’s 445,099 vote total was fourth among the Republicans and closest to the average this time too.

In fact, all six Republican candidates got well more votes this year than any state executive candidate had ever gotten before – even Governor Brian Sandoval in each of his two races.  This was due to increases in active voter registration of 28.8 percent from 2014 to 2018.  However, Sandoval’s 2014 numbers were greatly inflated by the fact he ran against the weakest Democrat gubernatorial candidate in memory, a perennial octogenerian gadfly who even lost to None of These Candidates in his primary.

The problem for Republicans was that Democrats fully recovered from their catatonic showing of 2014 and ran up even bigger totals.  Their six candidates averaged 471,851 votes in 2018, beating the Republicans by 5.6 percent on average and in five of the six races.

But how do the numbers from the last two races compare to previous elections?  Is one or the other an outlier?

It’s difficult to compare the results over a great stretch of history because Nevada has long had the fastest growing population in percentage terms of all the states.  However, we can compare the two most recent mid-term elections to the two before them, in 2006 and 2010.

Many folks attribute the 2010 increase in registration and its huge turnout to the fact Harry Reid was on the ballot for the last time.  In that context and comparing 2018 figures to those in 2006, this year’s registration and turnout seem to be in the mainstream of historic results.  Perhaps they show a slightly stronger than usual Democrat gain.  Also the outperformance of women candidates relative to party averages.

So, 2014 was the great outlier year and this year’s results seem generally representative of where Nevada is and has been.  A challenge to Republicans, but one they may be able to overcome next time.