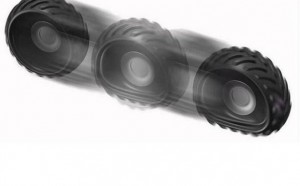 This week has seen a flurry of political announcements, and we’d like to add one more to the mix. Patrick McNaught, finance chairman with the Clark County Republican Party, has just announced his candidacy for the Chairmanship of the Nevada State Republican Party.  In this exclusive interview, he tells his story. – Ed.

Many Las Vegans know that I ran in the primary for the State Senate seat in District 12. It was disappointing to lose to Senator Hardy, but I chose to get back to working with the Clark County Republican Party as its Finance Chair.  Given what has happened within our national delegation as well as State seats, I saw an opportunity to get involved and do what I can for the State Party. This next election cycle is very important.

The Economy and Politics

It was because of my work and the economy that I first got involved in politics.  Like many others in 2008 when the economy was flailing, I reached out to our Governor, and to Senators Ensign and Reid.  None of them understood the complexities of what was taking place in the market.  How can I have a debate with somebody as a real estate land broker if they don’t understand the economy and the business?  I realized that things weren’t adding up and asked myself, “How can this system be so sidetracked?  How are these people not see what’s taking place on the street?”

Today, we’re still having the argument about state employees’ pensions and I haven’t closed a deal in two years.  How can there be that large of a disconnect between the people and their government officials?  How can I reconcile a roster of people making over $200,000 a year in public service when we’re dying over here?  I know many people who have provided a lot of jobs in this valley, and they are unfortunately being truly damaged.  And they were the ones who had been providing all of the jobs.

That was the final push that got me involved politically.  So, I picked up the phone and called somebody I’d met who had been involved with the Clark County Republican Party.  I got involved and was chairing the Finance Committee with, believe it or not, Mike Roberson.

Reshaping the Party for 2012

If I were elected to the State Chair position, I would reach out first and talk to all County Chairs, identify their goals and learn their needs.  Everyone wants a stake in the game, and it’s important to understand that everyone comes from a different mindset.  I need to listen to those people in the other counties and try to find out what their financial goals are. Then from the State Party, we’ll see what we can do from a fundraising standpoint to help fulfill those goals.

When you consider that our state is now third to caucus in the presidential election and by hosting the Western Regional Presidential debate in October, Nevada has an opportunity to be in the limelight.  Our party needs to hit the ground running.  And that’s going to come through communication and the support of the entire state.

We have to get everybody working together—we don’t all have to agree on every point—but we do have to agree in the direction we want the State to go.  With picking up the one State Senate District 5 seat, Mike Roberson’s seat, this year, and with redistricting, it is imperative that we have a strong party.  Our elected officials need to know that we’re here to give them the support they need going into the 2012 cycle.

At the State level, we can do what we’ve done at the county—trying to change the face of the party and galvanize our resources so that Presidential campaigns come to us and utilize our space.  We are building our brand.  As we vet candidates, they need to understand that they’ve need to come to the Party.  We need to educate them, give them the tools they need to perform at their best, and let the best candidate get elected.  Let’s show them support as they become an elected official.

We can’t keep reinventing our wheel every election cycle.  We need to build a machine, much like we’ve seen on the Democratic side through Harry Reid and his supporters.  I think we’re very fortunate now that we have a Governor who will stand behind us.  He’s told me that he will do what he can in his power to prop us up, and I think we need to take advantage of that.  If we get a Senator such as Heller, you know he’ll remain engaged.  So we have an opportunity to build our party.  As long as we have people we can hitch our wagon to someone willing to work with us, I think we need to take advantage of that and build that machine that we’ll live on for years.

Earlier, I mentioned that messaging at the State level is huge.  How can we have a party that doesn’t have a message?  And again, it comes back to brand.  Who are we?  We need to get information out.  If our Governor can get 65% of the vote, yet we can’t assemble 1,000 people in a room together, that doesn’t make any sense to me.

Where are all those people when we want to meet and discuss issues that are pertaining to everything we have going on?  Whether it be our education system, our pension system, the budget shortfalls, other things we need to fix.  We need to have the discussion of the debate again.  We’re not going to agree on everything. But we can agree how we need to fix things.

Education Should Be a Republican Issue

Everybody’s seeing these issues.  These are big issues, and they impact all of us.  I want us to start to take over ownership of certain things.  For example, education should be a Republican issue.  I think the Democrats have stolen it, they’ve owned it, and they’ve driven it to the ground.  Now is the time for us to show real, true reform under the Governor’s plan.  This gets me excited because we have the opportunity to own education and fix it.

At the county level, we are reaching out to people who have never been contacted.  All of us need to make that initial sales call, if you will, to get more people involved.  These people create the party’s goals and fulfill those goals.  You don’t have to give financially, but you do have to get involved.