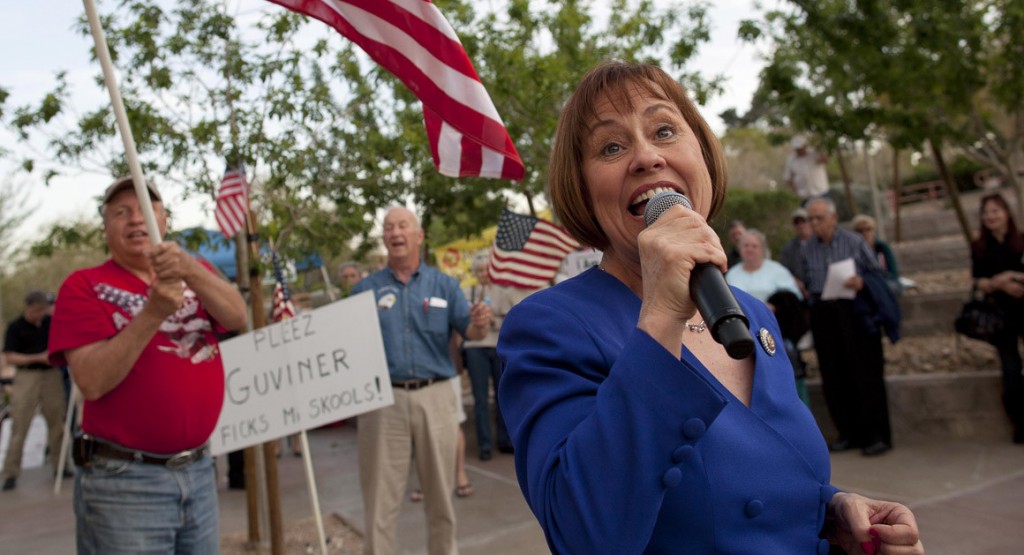 (Burgess Everett & Elena Schneider, Politico.com) – Republicans have had enough of Sharron Angle, the one-time Senate hopeful who crashed and burned against then-Majority Leader Harry Reid in 2010. And now the GOP in Nevada and Washington is trying to chase her out of another campaign that could again jeopardize the party’s chances of capturing Reid’s Senate seat.

Angle’s very public flirtation with a primary bid against Rep. Joe Heck, the party favorite to take on Democrat Catherine Cortez Masto, is reviving Democratic dreams and Republican nightmares from the 2010 election. Angle — along with lackluster candidates Christine O’Donnell and Ken Buck — blew a winnable race for the GOP, and her name still causes eyerolls among Republicans of all stripes.

And now that Republicans finally control the Senate, they aren’t about to let Angle screw things up.

“[Heck] can win. It is about winning elections after all,” said Texas Senate Majority Whip John Cornyn, who chaired the National Republican Senatorial Committee during Angle’s run. Angle “had a shot and has been unsuccessful. So my money is with him.”

Indeed, Republicans do not believe that Angle can beat Heck, who is a major recruiting coup for Republicans in one of the only competitive open-seat elections in 2016. But there are two worries: That she could drag Heck to the right and leave Cortez Masto running room in purple Nevada, and that she could drain Heck’s resources before an expensive general election.