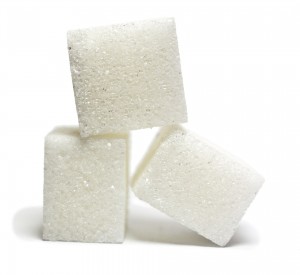 (Chuck Muth, Citizen Outreach) – If you think the U.S. sugar program is bad, you should take a look at the sugar industry mess in India.

At least in the U.S. you don’t have farmers committing suicide over government agricultural policies.

According to a recent Business Standard report, the Bharatiya Janata Party (BJP) is planning a ‘Raita Chaitanya Yatre’ (farmer’s rally) to “pressure the state government to address problems being faced by farmers in the state and provide immediate help to them.”

Nalin Kumar Kateel MP said last month that the rally’s purpose “was to wake the state government ‘out of slumber’ on the issues of farmers.”

“Many farmers in the state,” Kateel noted, “especially sugarcane farmers, have committed suicide in the last few months burdened with loans as their crops failed due to drought.”

Indeed, according to an October 18 article in The Hindu, Maruti Manpade, president of the Karnataka Pranta Raitha Sangha (KRRS), a farmer’s movement, said the government’s importation of sugar “was one of the reasons for the suicide of sugarcane growers in the State.”

“While farmers are in distress following the crash in the price of sugar, the BJP’s State unit is holding rallies against the Congress government,” Manpade told the paper. “Instead of playing petty politics and shedding crocodile tears for farmers, [the BJP should] do something to help the farmers.”

Manpade went on to accuse the government “of not forming an alternative agriculture policy for helping farmers” and “said that the visit of Congress vice-president Rahul Gandhi to the State would not prevent farmers from committing suicide but a comprehensive alternative farming policy would.”

Of course, it’s well-intentioned but ill-advised government programs designed to help farmers that are causing the problems in the first place.

Which brings to mind something Ronald Reagan famously once said…

“The nine most terrifying words in the English language are: I’m from the government and I’m here to help.”

When it comes to agricultural policies, the best way for the governments of both India and the United States to “help” is to simply stop helping.