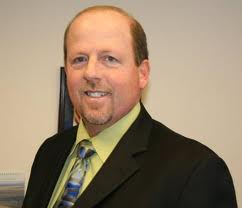 Assemblyman Ed Goedhart (District 36) is well-known in Nevada for being a political maverick.  As part of the Libertarian wing of the Republican Party, he consistently votes to reduce the size of government and personal freedom.  I sat down with him to get his opinions on technology, politics, and pop culture.

Nevada News & Views: What is your favorite travel destination – outside ofNevada, of course?

Assemblyman Ed Goedhart: I like to visit The Netherlands in part because of the friendly people and because of their libertarian laws that get the government out of the private lives of individuals.  They have been able to create a tourist industry around libertarian policy that doesn’t exist anywhere else.  I also don’t mind the Grolsch or Heineken – both Dutch-brewed beers.

NN&V: If a book were made of all of the opinion columns you have read in the last ten years, which author would show up the most?

Goedhart: I’d have to say that the columns by Charles Krauthammer would feature prominently in any book containing the pieces I’ve read.  Charles has a down-to-earth style about government and the role it should play in people’s lives, and I have learned a lot from what he has written.  Few people realize that he is an M.D., and his grasp of the issues and the clarity of his positions are always impressive.

NN&V: What is your favorite gadget?

Goedhart: The iPhone.  It has been truly life-changing.

NN&V: As a dairy farmer, you have exposure to a lot of animals.  Excluding cows and a dog if you have one, what would you say your favorite animal is – and why?

Goedhart: The eagle.  I’m happy that they beat the turkey out for the symbol of our country.  They’re majestic and beautiful animals – watching them descend in Eagle Valley during the legislature is always one of the high points of the session.

NN&V: What motivated you to run for political office?

Goedhart: I decided to get involved to make a change.  I had firsthand experience about how difficult the government could make life in business, and I wanted to represent my community to the state and tell the government that they could do a lot by just getting out of the way, so I ran for the assembly.  My time there has shown me how important it is to let people – entrepreneurs – go where they want with as little red tape as possible.  I’m happy that I get to help them do that.

NN&V: If you could be any character in a movie, who would you pick to be?

Goedhart: I’d feel all right playing any John Wayne role.  I like the strong, silent types.

NN&V: You’re trapped on a desert island.  You get one book – what do you pick?

Goedhart: I think I’d need a lot to get me through the loneliness and be reminded that everything is for a purpose.  I’d bring the Bible so that I could read it, reflect on the lessons, and lean on my faith when required.

NN&V: What will be the biggest issues facing your district in the future?

Goedhart: I think the problem that every Nevada district faces is the same: We need jobs.  People are out of work and they’re hurting.  We need to put them to work and we need to diversify our economy to make sure that we’re not crippled like we have been when gaming revenues are down.  Those are two major issues that face my district.

“Pop Quiz” is a regular feature of Nevada News and Views, providing a more personal look at political figures, public policy officials and other movers-and-shakers. We’ll be asking the tough questions about music, art, pop culture, and life. After all, when they’re done with casting the important votes and organizing support, our leaders are still people.