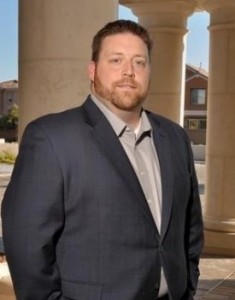 (Ryan Hamilton) – Mark Ciavola is one of Southern Nevada’s most active Republicans – from starting the organization Right Pride to represent gay conservatives to building the College Republicans at UNLV (he is the outgoing President) into a respected organization to committing countless hours of volunteer and professional service to conservative candidates, Ciavola has been doing it all since his start in politics nearly two years ago.  Since then, Citizen Outreach has named him one of the top 10 conservatives in Nevada.  He sat down to answer a few questions about pop culture, life, and of course – politics.

Nevada News and Views: What’s your favorite spot to eat around UNLV?

Mark Ciavola: There are so many places to grab a bite near UNLV, but the best has to be Cugino’s Italian Deli. It’s right across from the UNLV Student Union, on Maryland Parkway. They are one of the only places in town where you can get “hots” – crushed hot peppers that are a staple in any sandwich shop in the northeast. Whether I get their Italian Sub (with “hots” of course), or a slice of their pizza, the flavors take me back to Boston’s North End. And since the owners are from New York, we’ll agree to disagree when it comes to baseball.

Ciavola: I spend a lot of time on YouTube, and there are tons of hilarious videos to fill a lifetime of free time – not that I have very much free time.

Believe it or not, the video I watch the most is a piano tutorial for a song called “To Zanarkand.” It’s from a video game, Final Fantasy X, and I’ve taught myself how to play it using this video. I frequently revisit it to brush up.

NN&V: On What reality show are you most likely to fit in?

Ciavola: Is Man vs. Food a reality show? That’s something I could get behind. Although not too much, or I’d have to do a season on The Biggest Loser.

Ciavola: It’s funny you should ask this question, as I’ve spent most of the past two years as a pescetarian – that is, a vegetarian that eats fish. However, when I do eat steak, I prefer it cooked medium rare and crusted with some kind of tasty ingredient. The only steak I’ve eaten in the past two years was at SW Steakhouse, and it was one of the best steaks I’ve ever eaten.

NN&V: What is your favorite song for a road trip?

Ciavola: I’m a big fan of the band Rise Against, so anything from them would be great. They have so many great songs it’s hard to choose just one.

Ciavola: My favorite Twitter account to follow would have to be @GregGutfeld. The host of Fox News Channel’s Red Eye is always on point, and never misses an opportunity to take on serious political issues with the just the right amount of humor. For example, a little more than a year ago he announced that in opposition to the Ground Zero Mosque he was going to find investors to open a gay club next door. Via Twitter, he began soliciting names for the club, which, while hilarious, probably can’t be reprinted here.

NN&V: What’s the one political issue that motivates you more than others?

Ciavola: Limited government. More than any other issue, a great many people misunderstand this. As a conservative I believe that every right the government has represents one less right that we, the people, have. Furthermore, bloated bureaucracies in Washington DC have no idea which policies will work best in places like Ely, Nevada or Bristol, New Hampshire, or anywhere in between. Yet many who believe the federal government should be a force for good in our lives inexplicably defend ineffective, inefficient, one-size-fits-all policies handed down from on high at great cost to taxpayers. One of the main causes of our skyrocketing federal debt and deficits is the belief that the government can and must be all things to all people. That premise is entirely false.

“Pop Quiz” is a regular feature of Nevada News and Views, providing a more personal look at political figures, public policy officials and other movers-and-shakers.  We’ll be asking the tough questions about music, art, pop culture, and life.  After all, when they’re done with casting the important votes and organizing support, our leaders are still people.

N&V StaffOctober 7, 2022
Read More
Scroll for more
Tap
Back In The Day When Bimbo Eruptions Had A Ring Of Truth
Christmas 2011 – Birth of a New Tradition